Facebook said that before users can not block the founder of this social networking platform is purely an algorithm error.

Last September, Facebook silently allowed users to block … Mark Zuckerberg. However, few people realize this, and they are still getting an error while blocking the founder of the world’s largest social networking platform. Even Zuckerberg himself did not know that his account possessed so much power. 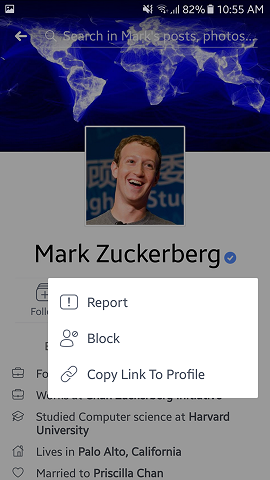 In fact, apart from Zuckerberg, there are also many other personal accounts/fan pages with extremely high levels of interactivity that also suffer from this condition. This is not the intention of Facebook, but the algorithm has prevented users from blocking such pages.

As soon as the problem was discovered, Facebook immediately removed the error after several weeks of research and investigation.

Matt Navarra, director of social media at The Next Web, is one of the first to discover Facebook’s change and share it widely on Twitter.