Samsung Confirmed The Galaxy S9/S9+ On February 25, The Camera Has A Bold Change

Samsung Confirmed The Galaxy S9/S9+ On February 25, The Camera Has A Bold Change 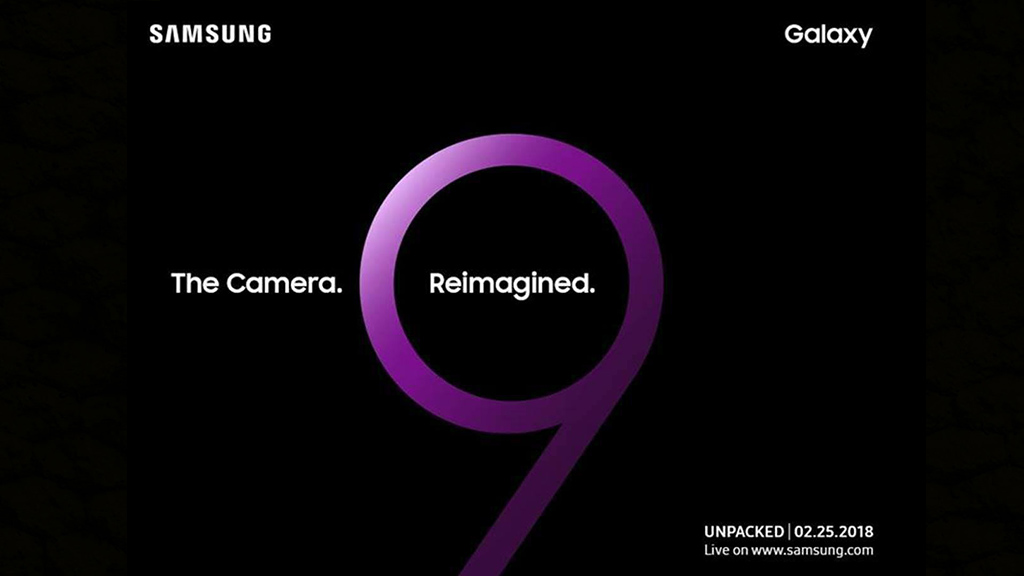 Today, Samsung has sent an invitation to the Samsung Unpacked event to launch the Galaxy S9/Galaxy S9 +. The event will take place on February 25 next, in the framework of the MWC 2018 exhibition technology

Unlike last year’s Galaxy S8 was released in March, this year Samsung will return to its former schedule with GalaxyS9. The invitation hints at the device with a purple “9” number and words like “The Camera” and “Reimagined.”

Samsung is keen to address new camera enhancements. The latest rumors that the camera on Galaxy S9 will be able to change the aperture between f / 1.5 and f / 1.7 depending on the lighting conditions. The S9 + will have two cameras with two different apertures. In addition, f / 1.5 is also the largest aperture in the smartphone market today.

In addition, the camera on the Galaxy S9 will also be able to shoot Slow-Motion video at a FullHD resolution at 480fps. The Galaxy S8, released last year, can only record up to 240fps at full HD resolution. At launch, the device will carry the power of the Snapdragon 845 or Exynos 9810 processor.

Some information, the Galaxy S9 standard version will have a Super AMOLED screen size 5.8 inch, camera Same battery with 3000mAh. Meanwhile, the S9 + will have a 6.2-inch screen, dual cameras with 3500mAh battery.

You can visit the Samsung website to register online, TECHRUM will continuously update the important news about the Galaxy S9, you remember to welcome.