Android 8.1 Oreo Shows Why Some Apps Consume So Much Battery

Android 8.1 Oreo Shows Why Some Apps Consume So Much Battery

Android has long denounced which apps have consumed the most battery since the last charge, but it’s hard to draw any conclusion: perhaps some specific configuration you’ve made has made the software more “spend”, for example. Android 8.1 Oreo will help you diagnose these problems.

Google redesigned the battery settings screen on the next Android update. When you enter it, you’ll be able to see the current load, the estimated time remaining, and immediately below an application that’s wasting a lot of energy – along with the reason. In the example, Google Maps Preview is draining the battery by requesting the location frequently: 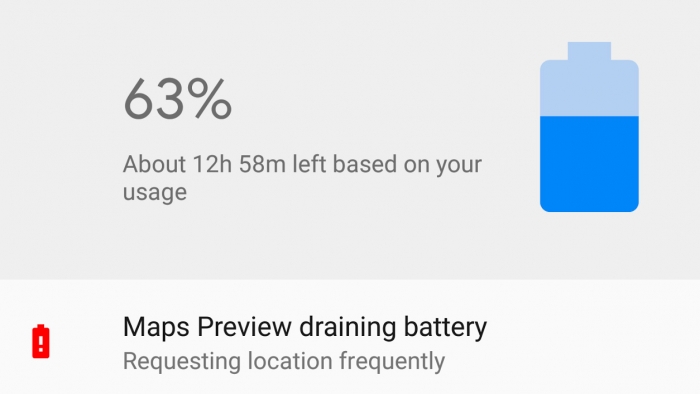 Just tap the guilty name once, and Android will suggest a change in settings to prevent the battery from ending up so quickly. In this case, released by Android Police , the only recommendation was to totally prevent the Google Maps beta from accessing the GPS, which may even solve the battery problem, but it makes the application a bit useless.

Android will also show when an app is “waking up” your smartphone frequently – for example, requesting a background update even with the screen off. This impairs the operation of the Doze feature, available since Android 6.0, which decreases power consumption when the device is in standby mode. 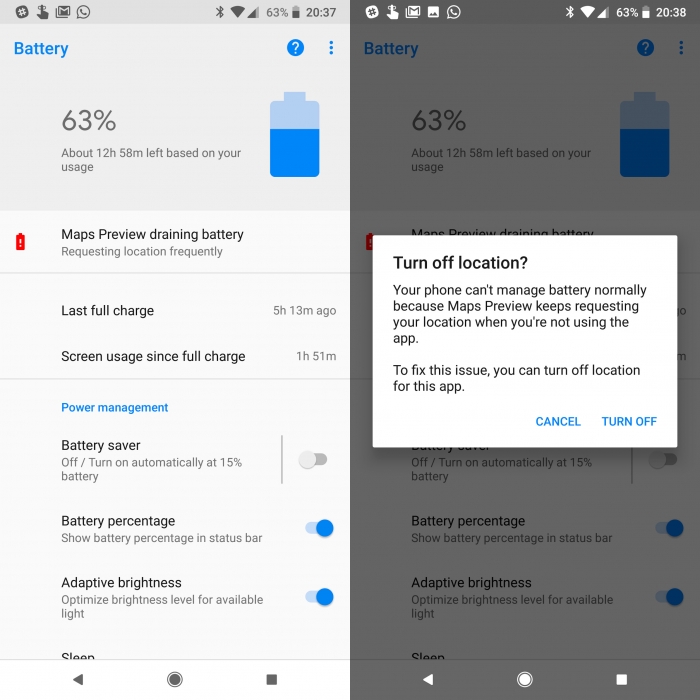 The update for Android 8.1 Oreo also comes with neural network processing with hardware acceleration, optimizations for smartphones with little RAM (1 GB or less) and visual refinements. It should be released by December, starting with the Nexus and Pixel devices.