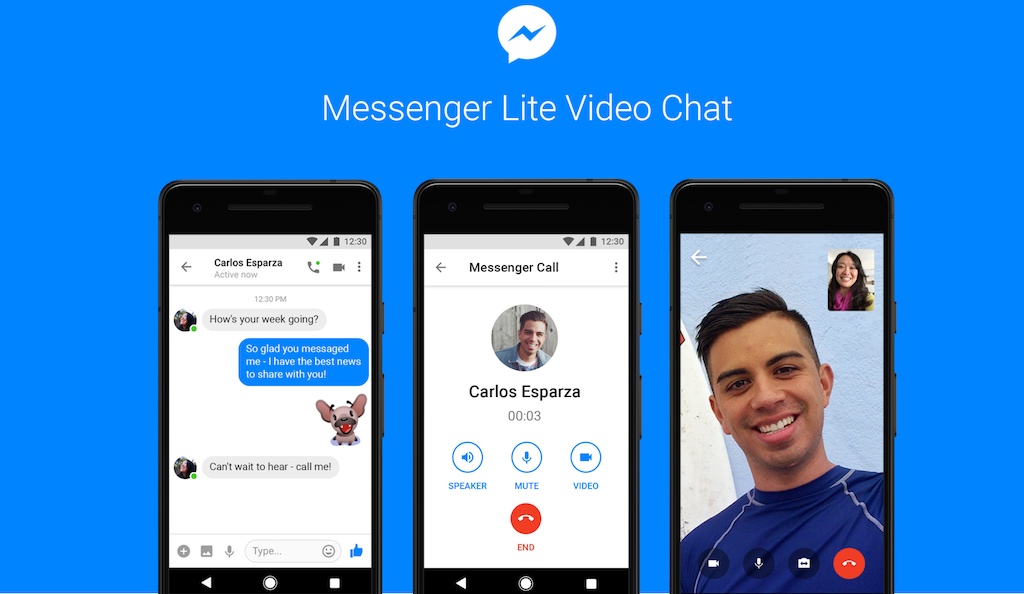 Messenger is the most widely used application on the phone, however, as Facebook adds more features that make Messenger even more powerful and slow, especially on low-end machines. Facebook has released Messenger Lite to address this vulnerability, and it has just received an important update.

Messenger Lite is lightweight, but the biggest weakness is no video chat and now Facebook has added this important feature. Facebook says video chat is a central feature that can not be ignored by Messenger, even if it’s a shortened version. To use video chat on Messenger Lite, just update the application under the link below.

After updating, open the app and select the person you want to chat with and click on the camera icon in the right corner to start the video chat.