Why Current Computers May Seem Slower Than Older PCs

Why Current Computers May Seem Slower Than Older PCs

Dan Luu, a computer engineer was suspicious. He felt that today’s computers are somehow slower than the PCs he used as a child.

To be sure, Luu used a high-speed camera to measure the latency response of several computers. He discovered that the Apple IIe, released in 1983, is faster at reacting to its commands than a PC released this year. 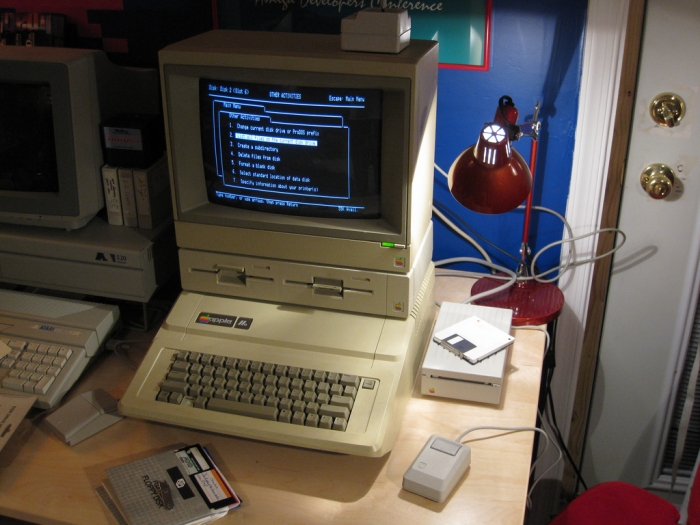 “It’s a bit absurd that a modern gaming PC, at 4,000 times the speed of an Apple IIe, with a CPU that has 500,000 times the number of transistors … maybe achieve the same latency as the old computer,” Luu writes.

In the table below, it lists the latency between the keystroke and the display of a character in a terminal. The results are sorted from the fastest to the slowest.

There are a few details to look out for. It has tested some computers with different operating systems (OS 9 / OS X, Linux / Windows), and highlights this in bold. And some machines were tested with different monitors; the refresh rate is in italics. 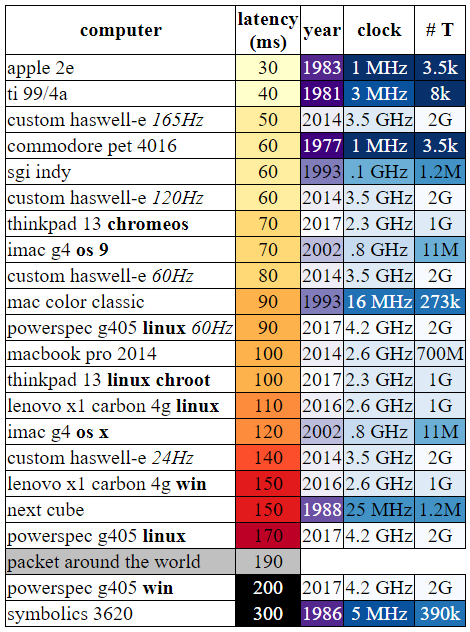 For reference, Luu put the latency of transmitting a packet of data around the world, through fiber optics, through New York, Tokyo, and London until returning to the USA.

The latency is consistently low on older computers, such as the Commodore PET 4016, TI-99 / 4A, SGI Indy and the Apple IIe itself – it is between 30ms and 60ms.

Meanwhile, modern PCs have great variations: the PowerSpec G405, with Intel Core i7-7700K processor, 16GB RAM and ssd. has latency between 90 ms and 200 ms, depending on the operating system (higher on Windows) and the monitor used.

Related:  Apple Confirms Use Of Google's Servers For iCloud Service

Even mobile devices rarely reach the latency of legacy PCs:

Luu says that this discrepancy has some motives. Modern keyboards have a rate of 100 Hz to 200 Hz to recognize your commands, while the Apple IIe has an effective 556 Hz rate. There is also “the time it takes for the screen to actually show a character,” meaning between the first trace on the monitor and the remaining pixels to compose the image.

The main reason, however, is complexity. As ExtremeTech recalls, an Apple IIe does not handle sophisticated multitasking commands, nor does it juggle background threads. It is not connected to multiple devices such as video cards or external disks, nor does it use a compositing window manager, which increases latency.

That is, there is a trade-off between complexity and latency. Who knows in the coming years, manufacturers can reduce this problem.