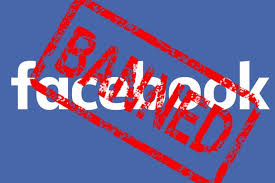 Additionally, Instagram and DailyMotion have been banned in some part of the country. No notice has been issued about the development.

Readers of TechBlogUp confirms that some social media including Facebook is not accessible on desktop and mobile browsers. Some App users still have the access and others facing the same problem.

According to PEMRA (Pakistan Electronic Media Regulatory Authority) on Saturday afternoon issued a notification about prohibiting some social media including many news channels were taken off-air in Pakistan and some other parts of the Country.

Below is the report attached from the PEMRA 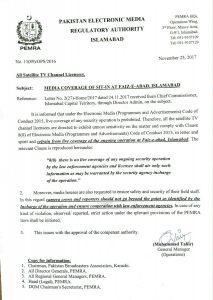 Later, Twitter also confirmed that the social media websites are blocked in Pakistan by the government and assured its users to get it back as possible to serve them again.

We are aware of reports that the Pakistani government has taken action to block Twitter service, as well as other social media services, and that users are having difficulty using Twitter in Pakistan. We are monitoring the situation and hope service will be fully restored soon.

Some of the information is still undisclosed to us, we will update it after the confirmation from the PEMRA and the Government.