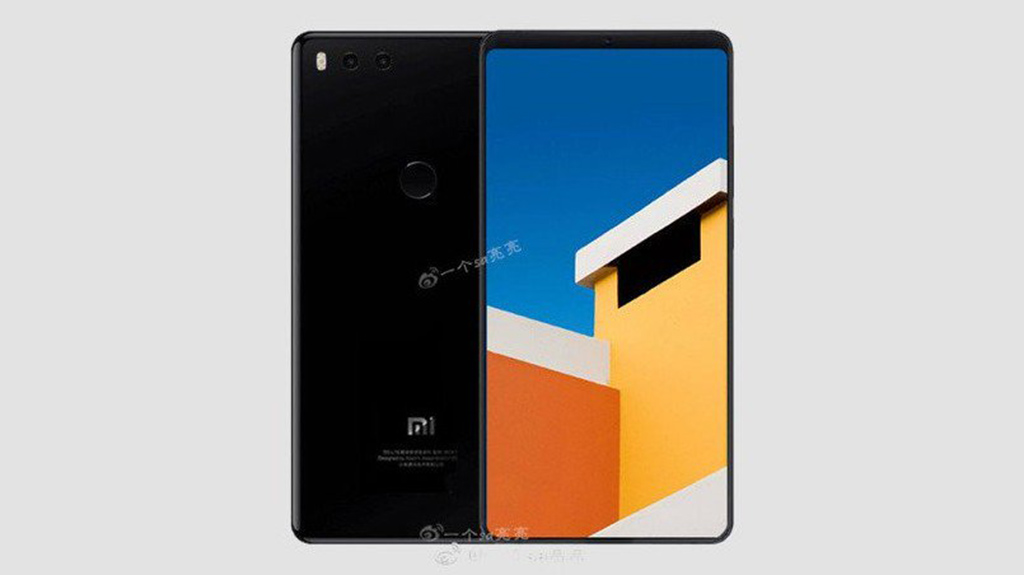 Xiaomi has officially confirmed that it will attend the Mobile World Congress (MWC) 2018. Many predicted it will launch its flagship Mi 7 here. Today, the rendered image of this model has begun to leak.

At first glance, Xiaomi Mi 7 will be an “overturned” version of the Mi Mix 2 with two left rims and a fairly thin bottom. Meanwhile, the top of the machine will be slightly thick and is the location of the camera selfie, speakerphone, and other sensors.

In addition, the fingerprint sensor on the Mi 7 was moved to the back. This will be the location of the dual camera cluster, dual LED flash, and familiar Mi logo. Some recent leaks indicate that the back of the machine will be made of glass to support the wireless charging technology is very prevalent today.

According to GizmoChina, Mi 7 will be the first smartphone from Xiaomi that own AI artificial intelligence. Equipped with the machine will help to bring better photography experience. According to rumors, this model will have a 6-inch AMOLED screen and an 18: 9 aspect ratio.

In addition, the Mi 7 also owns a dual camera unit consisting of a color sensor and a monochrome sensor. Both sensors will be IMX380 resolution 12MP and IMX350 with 20MP resolution. Last month, Lei Jun, CEO of Xiaomi, said that its next flagship will be powered by the Snapdragon 845 processor.

Rumors said, along with Mi 7, Xiaomi also attended. will launch Mi 7 Plus at MWC 2018 here. Currently, manufacturers from China have not officially confirmed this.