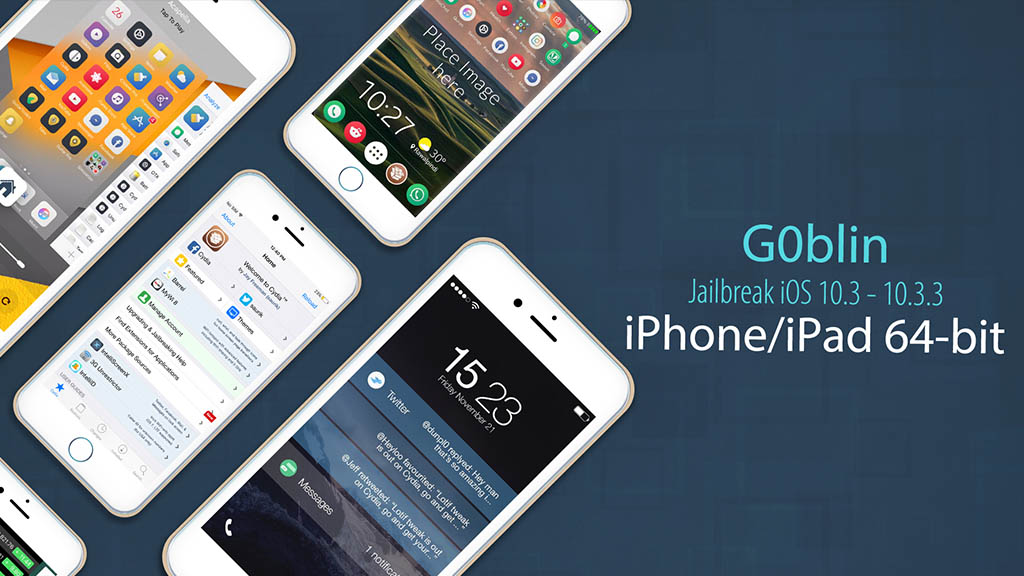 Recently, the developer of iOS 10.3.x for iPhone / iPad using the 64-bit chip has released the RC2 update with many enhancements to improve stability, fix respring errors, lose Cydia icons. Clear the root cause and replace Dropbear with OpenSSH.

Some changes in the G0blin jailbreak update iOS 10.3.x RC2:

Currently, gadgets like Tweakbox, Panda Helper, Tutuapp or FTiOS are not supported so you can download and update G0blin jailbreak iOS 10.3.x RC2 from the official site offline. In addition, the use of the original version will be more stable than some other direct installation tools because G0blin may have been modified.

Note: You can overwrite the currently used version or reboot the device and proceed to jailbreak it through the Cydia Impactor tool.