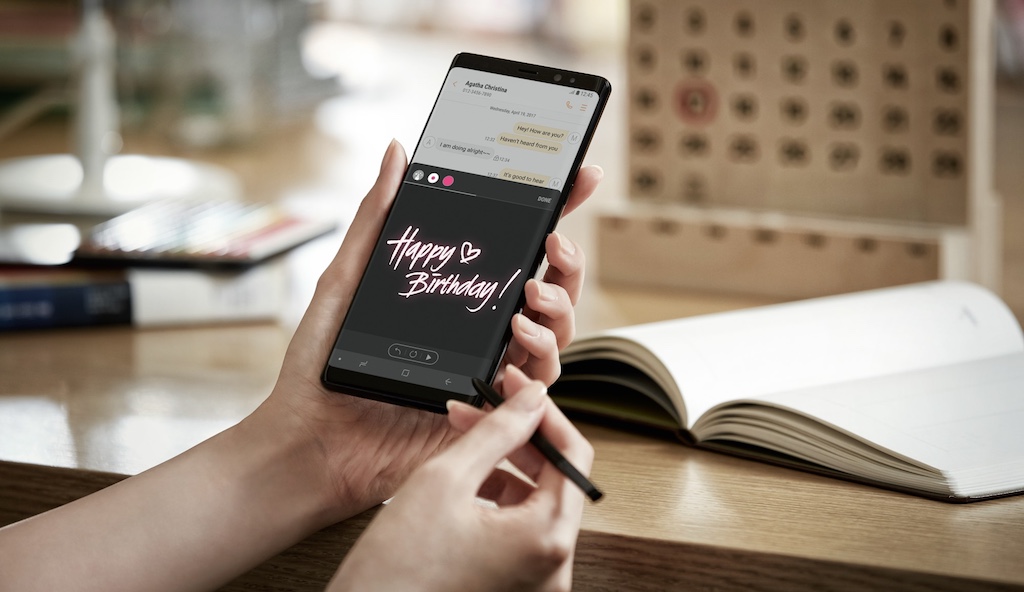 Samsung’s Galaxy Note is well-known for its versatile S-Pen. Over the years, Samsung has been actively developing new features on the S-Pen. The company’s latest patent shows its intention to raise the S Pen to a new level.

The new patent application that Samsung filed with WIPO (World Intellectual Property Organization) stated that the new feature developed by Samsung would allow users to control their smartphone with S Pen and finger at the same time. phone screen. 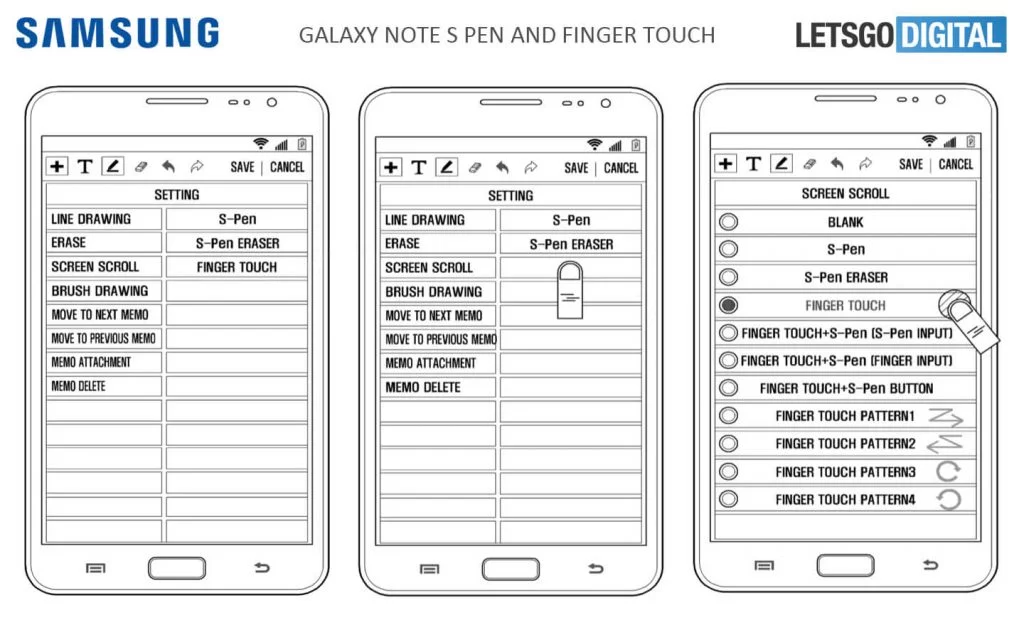 The recent leaked image revealed an installation screen where you can select an input method for any application. Just like the picture above, it lists different scrolling methods, you can optionally use both finger and S-Pen stylus or just use one to perform the operation. .

You can also set how the stylus will respond when the screen senses a touching finger. You can see the image described below shows that the pen’s S-Pen contours are thicker and more noticeable when the user touches and holds onto the screen. 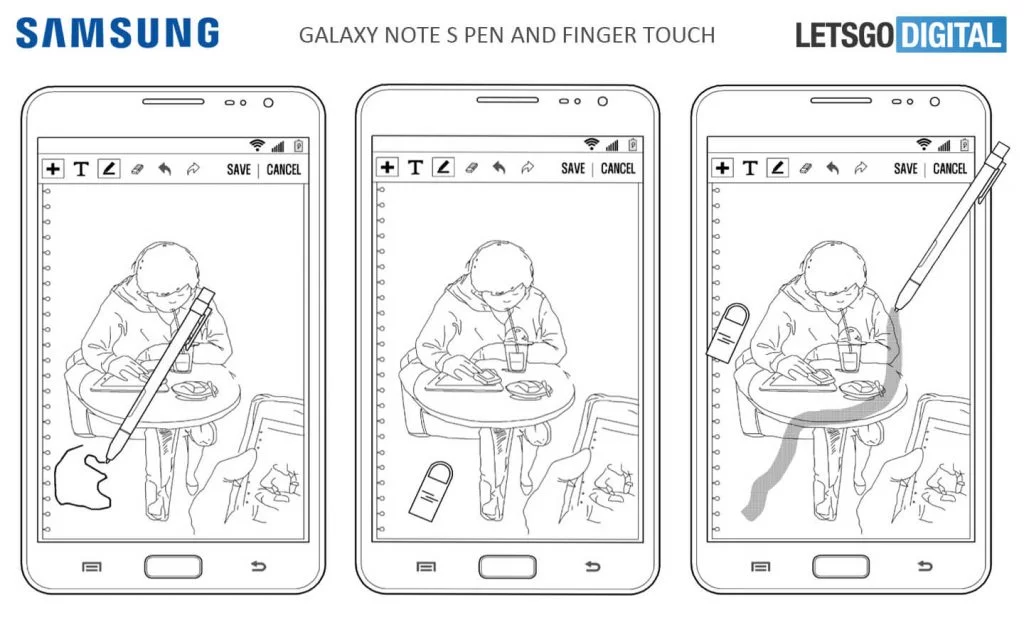 In addition, Samsung also added some hand gestures as a shortcut for users to use more conveniently. When the user draws a letter Z, the device moves to the next memo page and draws an inverted Z that will return you to the previous memo. Alternatively, you can also add an attachment or delete a memo by drawing a circle in the same direction or vice versa of the corresponding clock.

It is known that this patent was added on 25 September 2017, finally appearing on the WIPO website. However, this is not the first time that Samsung has requested a new patent for this feature. Previously, Samsung filed its first patent in 2013 at the Korea Patent Office and in 2014 at the US Patent and Trademark Office, so you still see the sample device in the picture still old design.

Related:  Maybe This Is The Design Of The Galaxy X With 7.3 inch OLED Screen Folded As Notebook

Now, all the efforts of Samsung are paying off when this patent is approved globally. It is possible that the new technology that Samsung cherished will be equipped on the Galaxy Note 9 in the future.