Apple is going through a moment, at least, worrying about its software platforms. After fixing a serious security flaw in macOS , it is solving an annoying iOS bug.

Some users reported that the broker was trading the word “it” for “IT”, and “is” for “IS” for no apparent reason. IOS 11.2 fixes this.

Apple also solved another flaw: some iPhones were rebooting after the clock went past 12:15 on December 2, 2017 – applications with local notifications (of exercises or meditation, for example) were crashing the device. 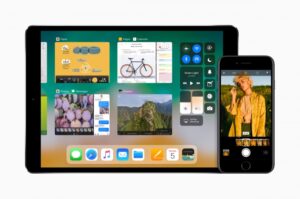 In addition, the system now makes it clear that the control center does not disable Bluetooth and Wi-Fi . When you touch the Wi-Fi button for the first time, the message “The current Wi-Fi network and other nearby Wi-Fi networks will be disconnected by tomorrow. Wi-Fi will remain available for AirDrop, Personal Access and location. ”

And the first time you touch the Bluetooth button, you’ll see this warning: “The currently connected accessories will be disconnected, and other accessories will not connect. Bluetooth will remain available for Apple Watch, Apple Pencil, Personal Access and Handoff. ” 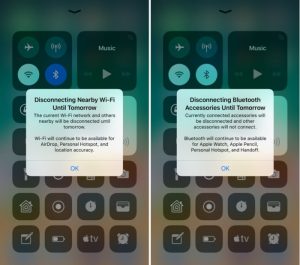 IOS 11.2 also brings some fresh emojis, new wallpapers, and support for faster Qi wireless charging of 7.5W – the latter only for the iPhone 8, 8 Plus and X. (Before, Apple limited that to 5W .)

Related:  Governments Around The World Investigate 'Uber' For Hiding Data Breach Of Users

Finally, the update activates Apple Pay Cash , which allows you to send and receive money between your contacts. This is available only in the USA.