Tweets are getting even bigger. In addition, to double the limit to 280 characters, Twitter announced on Tuesday (12) a feature that facilitates the sending of several tweets in sequence. 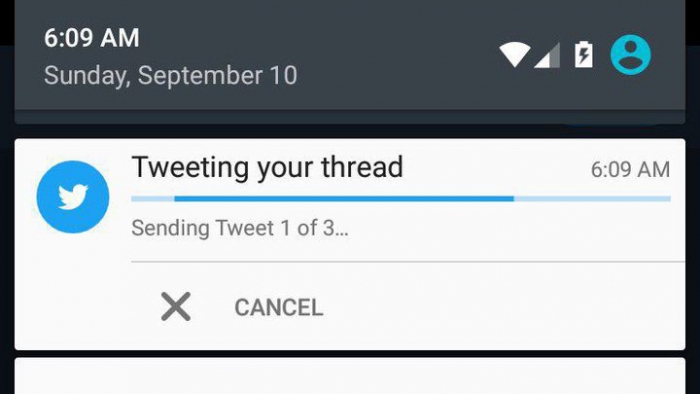 The novelty was being tested with a group of users since the limit of characters in the social network was 140. It works like this: create a new tweet, write the text and touch the + button at any time to continue typing; when you finish, go to “Tweet all”. Messages will appear chained to your followers’ timeline.

Connected tweets will be displayed in a more obvious way, with the “Show this sequence” link. And, at the end of the various tweets, you can tap “Add another Tweet” to update your sequence (edit button that is good, nothing).

Twitter says it has recently expanded the character limit on the social network so users can easily embed a thought into a tweet, but that “people may also want to post a longer story or thought in series, or provide comments on an event or topic”. You can send up to 25 tweets at once, according to The Next Web, but that may change in the future.

The feature will be released to all users in the coming weeks on the official Android and iOS apps, as well as the web interface.