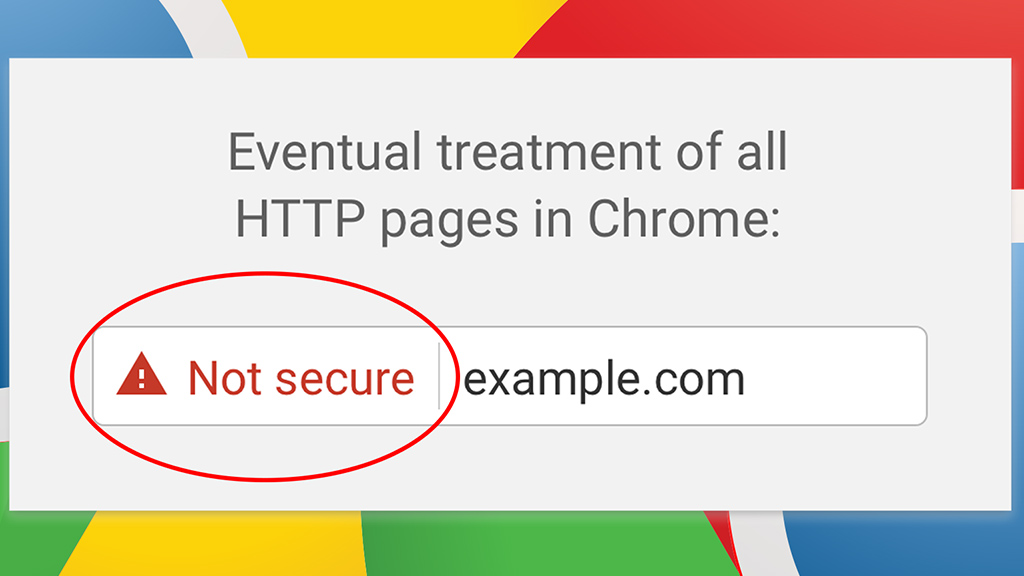 At this point in 2017, Google’s Chrome browser began adding Not Secure to the site’s path if it felt unsafe to the user. Today the company announced the next step in its user protection strategy: Websites that use the HTTP protocol will be listed as non-secure by Google and must migrate to HTTPS.

Starting in July 2018, when Chrome 68 was released and became more stable, all sites that use the HTTP protocol will be added from Not Secure as shown below to users. Be aware and be more careful. In addition, Google provides some guidelines for setting up and explaining security-related issues to webmasters who have not yet migrated to the HTTPS protocol.

In the past year, 81 of the top 100 websites have switched to using the HTTPS protocol by default. About 68% of all user visits to the Chrome app on Android and Windows are covered, about 78% on Chrome OS and macOS devices.