How To Use Android Smartphone Camera Effectively For Translation

How To Use Android Smartphone Camera Effectively For Translation

Android OS provides a lot of features to its users for it is a smart operating system. It is one of the most popular mobile operating systems in the world right now. Here’s how to Use Android Smartphone camera effectively for Translation. 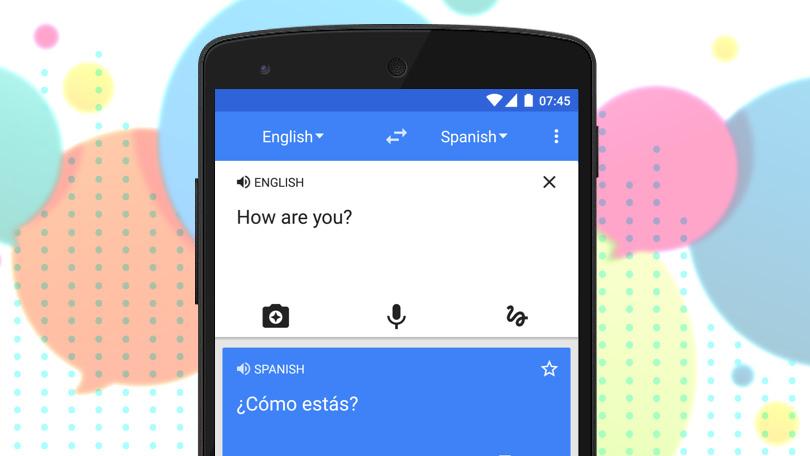 The application availability and customization options are very high in Android OS as compared to the OS of other phones. On the Google Play Store, you can easily find a lot of utility apps, like launcher apps and productivity apps, and others too.

By using the smartphone camera you can even translate to any language using the apps. Be it a signboard or recipe menu, your phone camera can help you to translate anything and everything with just a single click.

How To Use Android Smartphone Camera For The Translation:

There are certain applications that will help you to translate anything only by using the camera.

It is a great Android application that will help you to translate into 103 languages. It is available for free on Google Play Store. It helps you to use the Smartphone camera so that you can easily translate immediately in 38 languages.

For Translation you need to follow the following steps:

Step 1: Firstly, download and install Google Translate. This application will help you to translate into a language given in the image. It is available for both iOS and Android.

Step 2: Launch the application after installing it. After the initial set up then, select a primary language that is understood and a secondary language in which one wants it to be converted. Then, click on Finished.

Related:  Use Your Android Phone As Wifi Hotspot For Other Devices

Step 3: Click on the Camera Button. Take the picture of the image that you want to translate.  The app will do it in the primary language.

Step 4: The application automatically translates the language to whatever primary language you have chosen. It also helps you to translate anything around you.

It helps you to translate speech or text, and also the translated conversation. It even translates images and can also download the languages offline.

For Translation you need to follow the following steps:

Step 2: Then, open the App and click on Continue.

Step 4: Now click the image that you wish to translate.

Step 5: You will have to choose the language in which you want to translate it. The translated text can be seen on the phone screen. It can also translate anything by using only the Smartphone’s camera.

Using the phone camera, this application will help you to translate any foreign language very easily. It also has an offline translate feature which helps to translate the images without the internet connection.

The OCR feature of app translates the images into text. For offline scanning, even optical character recognition this app can be used.

Waygo is useful for visual translation. The printed text of the images can be easily translated offline. The phone camera can be used to translate anything without an internet connection. Any foreign text can be translated into English too.

Related:  How to Use Your iPad as a Secondary Mac Display Without Sidecar
Android Smartphone CameraSmartphone Camera For The Translation
0 0 votes
Article Rating
Subscribe
Login
0 Comments
Inline Feedbacks
View all comments