How To Book Train Tickets With IRCTC Pay Later Service

How To Book Train Tickets With IRCTC Pay Later Service

The IRCTC or Indian Railway Catering and Tourism Corporation is coming up with many new features for the convenience of its users. Now, it allows users to book train tickets without paying a single penny. Here’s how to book Train tickets with IRCTC Pay later service.

Well, you read it right! You can now book for the tickets and pay for the same later. This is possible with the new ‘Book Now, Pay Later’ service provided by IRCTC.

You can also book train tickets via the IRCTC website with the e-Pay Later option. It is applicable on both the reserved and tatkal tickets, according to IRCTC.

This service is meant for helping those who do not have enough money for the ticket at the time of booking the train tickets. However, this facility of e-tickets lets them pay for it afterwards or later. 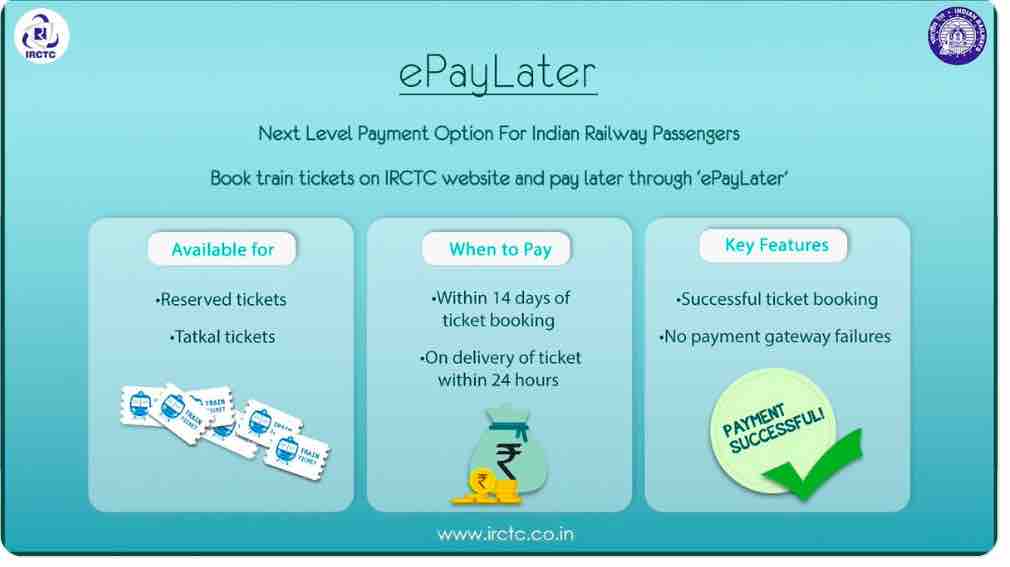 First of all, you need to log in to the IRCTC account and then fill the journey details that are needed to book the tickets. After that, once you reach the payment page, there will be a Pay Later option.

In case you choose this option, it will then redirect to the ePay Later option. Now here you will have to log in to the ePay Later website with the registered mobile number and authenticate using an OTP that you have received.

Once the login is successful, you have to confirm the booking amount in order to confirm the ticket. According to the ePay Later website, you will get a grace period of about 14 days from the date of booking the ticket to pay the amount.

If you fail to pay the amount within the stipulated time frame of 14 days, then you will have to pay an interest rate of 3.5% including taxes.