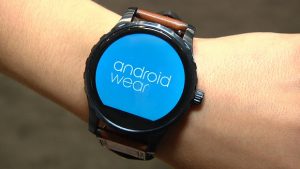 When Google announced Android Wear 2.0 is ready to ship, many watch manufacturer lined up to be the first to push out the new update. Fossil, is the first among the listed company to make this promising, announcing it has began pushing the new OS to its trio of smartwatches.

Fossil today launched a new smartwatch in its Q line called the Q Control that comes with a touchscreen bezel that allows quick scrolling through the interface.

This device is running on Android Wear, the Q control comes with 45mm, water resistance circular case and 20mm watchband, as well as heart rate sensor. The design is quite impressive with just a single button on the side face of the watch. 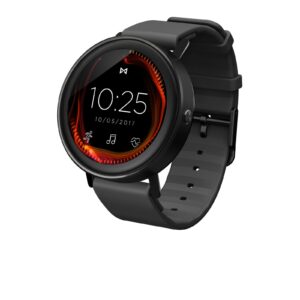 Q control is the re-branded version of the Misfit Vapor. Fossil, which has taken over Misfit in 2015 for $260 million. Now it is releasing a different version of the watch, having the same bezel touchscreen, in need to expand user options and have more mainstream crowd that’s likely never heard of Misfit and trusts Fossil more.

Fossil wanting to get another smartwatch version out that’s not weighed as Misfit’s first Android Wear watch carrier. The Fossil Q Control is only available on their companies website for $275, and it comes in Black color only for now.