When I was using Snapchat, I remember that I found the Memories feature interesting, in which it was possible to archive my stories. On Tuesday (5), the news reached Instagram: the social network announced that it will save the stories by default, in a file that can only be accessed by the user.

The file stays on your profile but is visible only to you. To see it, simply touch the clock icon – yes, it’s the same place your photos are stored. Both are shown separately because they fulfill different functions; filing a story does not mean hiding it, for example. 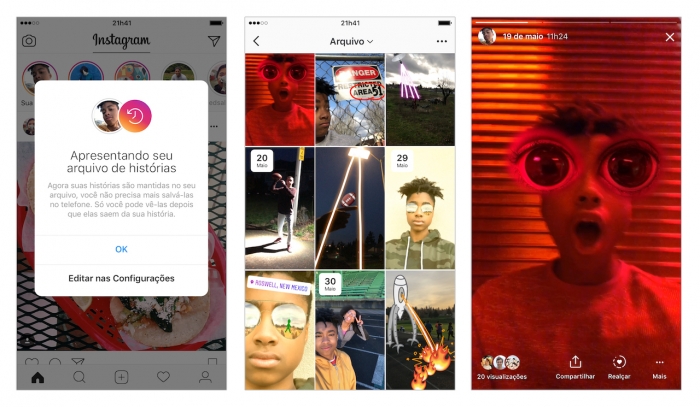 As you see above, the stories are separated into grids and separated by days, according to the bookmark in the upper left corner. Any archived story can be added back to the story, shared in the profile, or included as featured in the profile.

Yes, the latter is new: Instagram has also announced the Stories Highlights feature, where you can pin a story on your profile; they stay there until you decide to remove them. 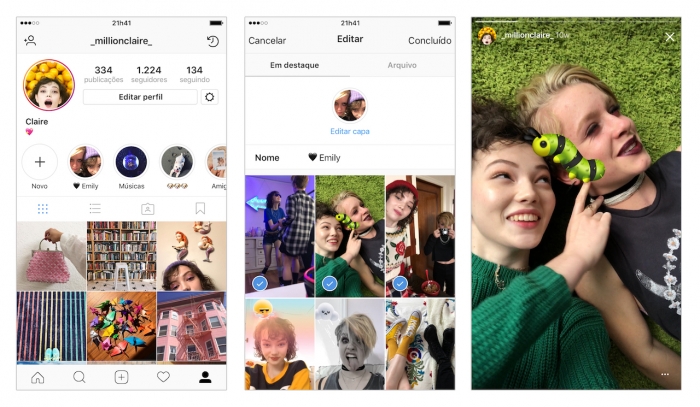 The highlights are grouped according to the user, who can put as many as you want in your profile. They work as an album that groups the stories: it is possible, for example, to create a highlight of a football game or Christmas as a family.

Recently, Instagram also allowed posting stories through the web version of the phone, without using the application, in addition to releasing the publication of old photos in stories, older than 24 hours, the previous limit.