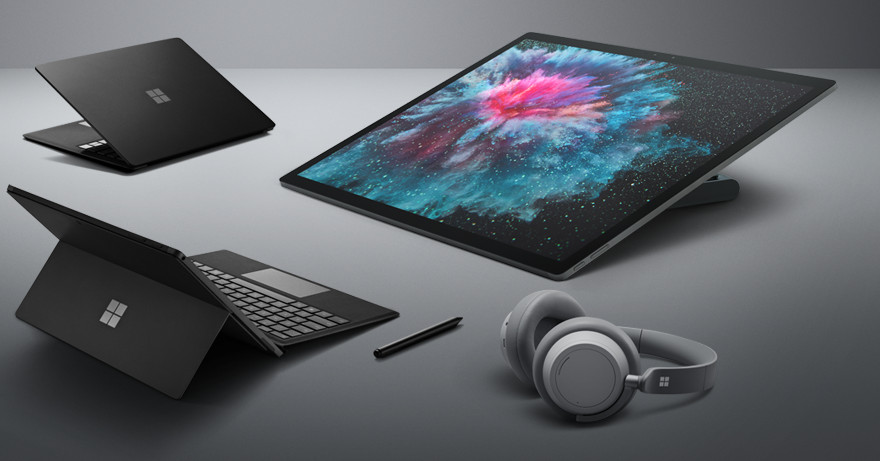 Microsoft’s annual Surface event turned out to be a power-packed affair. It was expected there was a greater focus on the software side of things this time around. Here’s you all need to know about the Microsoft Surface Event: Surface Pro X, Earbuds, Android phone and more.

There is also a new variant of Windows, called Windows 10X, specifically designed for multi-screen devices. The fine print, however, suggests that you won’t be able to buy all this cool stuff right now though. We are going to explain all the announcements from Microsoft’s Surface event for 2019.

The Microsoft Surface Laptop line-up has been expanded to add the new 15-inch screen size option, in addition to the 13-inch model. These will be powered by Intel’s 10th gen Ice Lake processors with the Iris Plus graphics. Apart from the Intel processor-powered variants, you will also be able to select the AMD Ryzen powered Surface Laptop 15 Surface Edition.

Microsoft worked with AMD to develop and optimise this for the Surface Laptop 3 for this particular processor. It already feels like an extended line-up of variants and options gets another one which Microsoft says will be without the Alcantara fabric layer around the keyboard. Speaking of which, the recent designs mean the trackpad on these laptops is 20% larger than the predecessor.

The tech-giant did not hold back on the firing though and says that the Surface Laptop 3 is 3X faster than the current iteration of the Apple MacBook Air at Microsoft Surface Event.

Surface Pro 7 is probably the simplest update to the existing Surface line-up. The laptop succeeds the Surface Pro 6 and now runs the new 10th generation Intel Core processors. But the whole world would probably be the happiest about the fact that the Surface Connector which was a regular fixture in Surface devices all this while, has made way for the USB-C port for power.

This is where things become more serious and cool. It is not easy to describe the details of Surface Pro X. It is just like the Surface Pro series, but there is some amount of additional versatility to it. This is a 13-inch convertible that becomes a tablet and a laptop, as you need to use it. Design refinements are there which mean thin bezels are smaller.

Surface Pro X has a Type Cover but is different from the one that the Surface Pro uses. There is also a docking option for the Surface Pen and the pen runs Windows 10. Pro X is powered by Microsoft’s custom ARM-based SQ1 chipset.

Related:  How to Insert a PDF into Microsoft PowerPoint

There is LTE connectivity that should be great news for those who travel a lot. Microsoft claims it has 3X more performance than the Surface Pro 6. The graphics have also been seriously boosted as well.

The Surface Pro X can now be pre-ordered at a price of $999 and the shipping will start sometime in November.

There really is no ambiguity as to what it is, when you take a view of the Surface Neo. Basically, there are two 9-inch screens that are held together by a rather robust hinge—this hinge is 350-degrees.

Microsoft showed off how they have implemented a new keyboard that sits above the display and a touch interface called Wonderbar, an inspiration from Apple’s Touch Bar. The on-screen trackpad is revealed when you slide up this keyboard.

The company is still working on the Surface Neo and this will only be available sometime towards the end of next year. There is no revelation of pricing details or the other specifications till now. However, this was perhaps a good way to show off Windows 10X, which has been designed for multi-screen devices specifically.

Windows 10X neatly leads up to the biggest iteration we have ever seen for Windows 10, in all its years of existence. It is made for multi-screen devices. The basics remain the same, and Microsoft says that all applications that currently run on your Windows 10 machine will also run on Windows 10X.

This is better positioned to utilize the multiple screens that may be available on certain devices. Like to run multiple apps, a separate set of tasks and more across them. 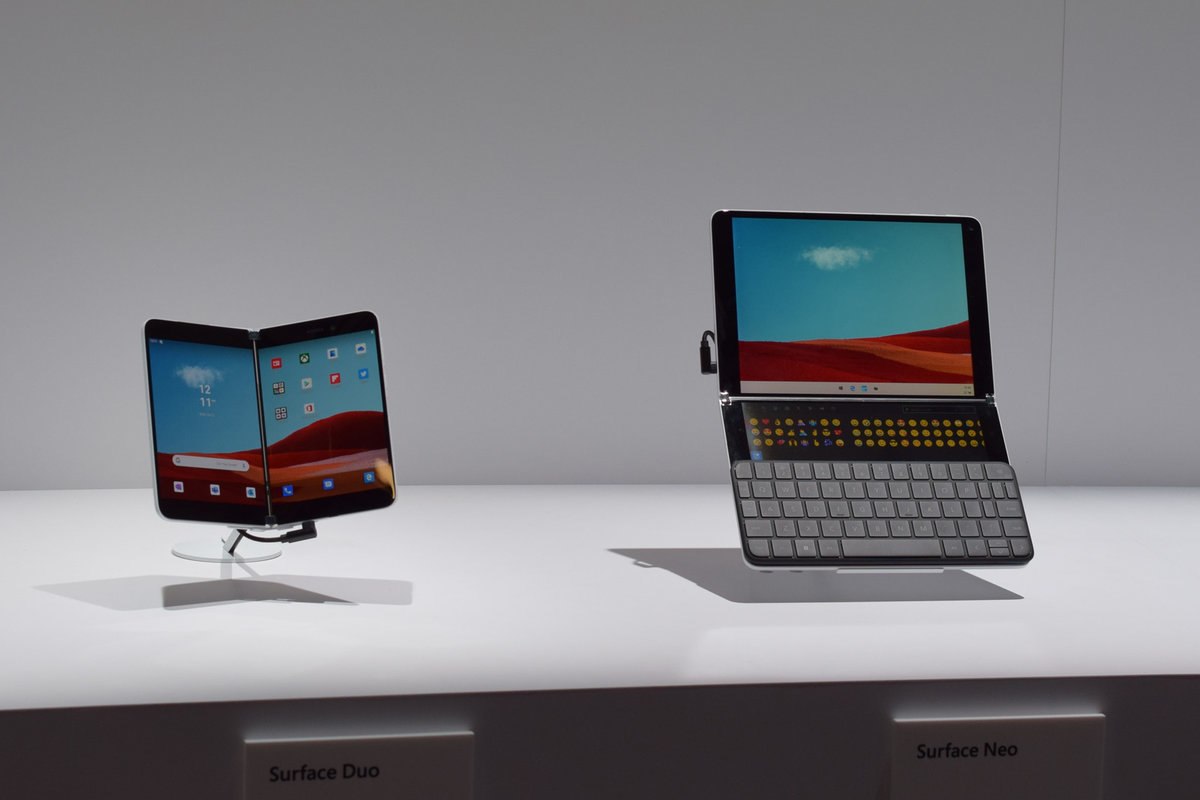 After the announcement of the Windows 10X operating system for multi-screen and foldable screen devices at the Microsoft Surface Event. Microsoft promptly went ahead and announced the Surface Duo, a foldable tablet that runs on Android. Absolutely nothing is wrong with that, but it is just a bit perplexing. The Surface Duo tablet will have two 5.6-inch screens merged with the help of a 360-degree hinge.

Each display can run a different app, and Android has been really skinned and customized to look a lot like some aspect of Windows. A smaller Surface Neo perhaps, but this runs Android, so there will be full access to the Play Store as well. The tablet is a phone too.

But the Surface Duo is not coming anytime soon. This will only arrive in stores at the ending of the year 2020. 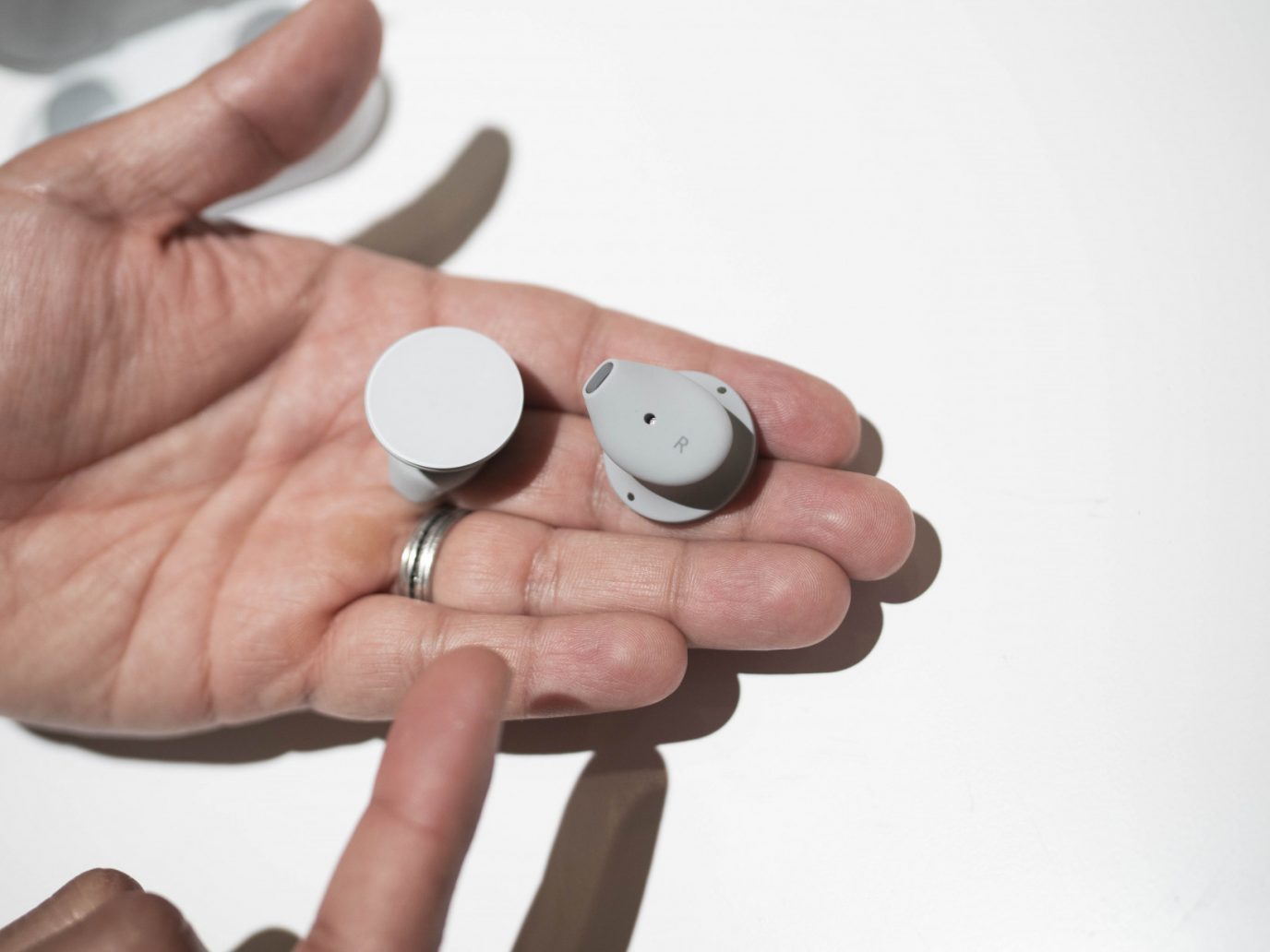 There are also touch-sensitive controls on each earbud. The company says these have omnisonic sound as well as a directional dual-array microphone. Surface Buds roll out later this year for the price of $249 or Rs 17,700.