The new Motorola Razr (2019) unveils with a 6.2-inch flexible display and traditional Flip Phone Design. Motorola Razr (2019) is coming to India but the company is yet to reveal its launch date. The new device takes a lot of design cues from the original Razr, including the curved chin.

1. Motorola Razr (2019) will go on sale on January 9 in the United States.
2. Motorola Razr price in India still a mystery at this point.
3. The company has packed Snapdragon 710 SoC in the new phone

The Lenovo-owned smartphone company on Thursday unveiled the reinvention of its legendary flip phone in the form of a foldable smartphone at a press event in Los Angeles.

Simply called Motorola Razr, the new smartphone features a flexible screen that folds completely in half to give it the traditional clamshell look.

The company has also added a secondary screen on the front, which it calls a Quick View external display, to offer faster access to notifications, music, Google Assistant, and more.

The Motorola Razr (2019) will go on sale from January 9, 2020, in the United States. It will also be done exclusively via Verizon in the country and the wireless carrier will start taking pre-orders beginning from December 26 this year.

The new phone will also be making its way to India. However, the specifications are unknown at this point. The company has already set up a registration page of its India website where the interested consumers can sign up to get updates.

Related:  How To Block Pop-Ups On Google Chrome Browser 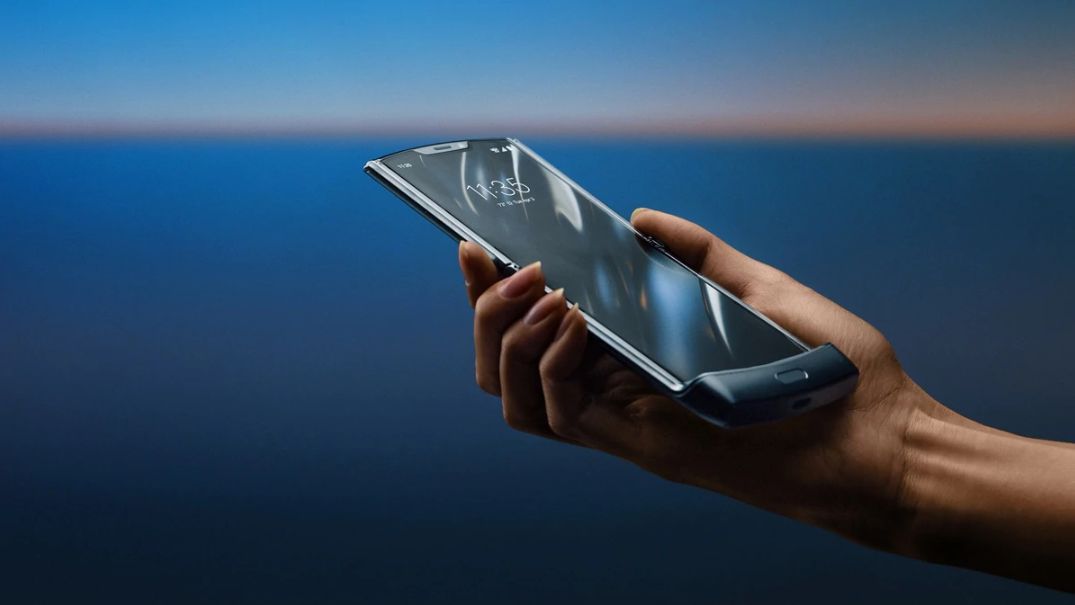 Now coming to the phone, Motorola Razr (2019) looks similar to the original Motorola Razr, including the curved bottom chin. However, everything has been revamped and the company has also made the design water-repellent.

The company says there is no gap between the two halves of the screen when it is folded. In the folded state, users can access the secondary 2.7-inch (600×800 pixels) Quick View display that can be used to take selfies, view notifications, control music playback, and many more things.

The Razr uses advanced flexible OLED screen technology and a hinge mechanism that allows this device to close with both sides perfectly flush, Motorola said in a statement. Also, this engineering breakthrough protects the display and creates an even thinner, more compact design.

It has also bundled Night Vision mode in the camera software. It will make sure the phone takes good photos even in low-lighting conditions.

There is also a 5-megapixel camera inside the Motorola Razr, present in the main display notch. Users can use it to take selfies when you do not want to close the phone or need more screen real estate to properly craft your selfie.

Related:  Apple May Replace The iPhone 6 Plus With iPhone 6s Plus For A Limited Time

In terms of the software, Motorola Razr runs on the stock Android 9 Pie and the company has made sure when you flip on the phone open whatever you were viewing on the secondary screen seamlessly transits to the main display.

The bottom chin of the device houses the fingerprint sensor as well as the USB Type-C port. Among all the other specifications, you will get octa-core Qualcomm Snapdragon 710 SoC, with 6GB of RAM, and a 2510mAh battery.

The battery also supports 15W fast charging support. However, with the relatively smaller battery size, it will be interesting to see whether it can last through a day on a single charge.

It is quite possible though, as the users of the Motorola Razr 2019 are more likely to use the second smaller display for a number of tasks. Then, only switching to the main display for things that actually require to perform on a large screen.

In the connectivity options, there is no SIM card slot of the phone, but it does support eSIM cards. The company has added NFC support, Bluetooth 5.0, Wi-Fi 802.11ac, 4G LTE, and GPS.