4 Problems Of The iPhone X, The Most Expensive Cell Phone In Apple's History

4 Problems Of The iPhone X, The Most Expensive Cell Phone In Apple’s History

Apple’s website in Brazil still does not tell the date of arrival in the country, but it is already possible to know the price and choose color and model. The 64GB costs $ 7,000 and 256GB, $ 7,800 . The company gives a 10% discount if the smartphone is purchased in cash.

Online pre-ordering began October 27 in 55 countries, and available units finished in less than 10 minutes. And when the gadgets came to the shops, long queues formed late into the night. 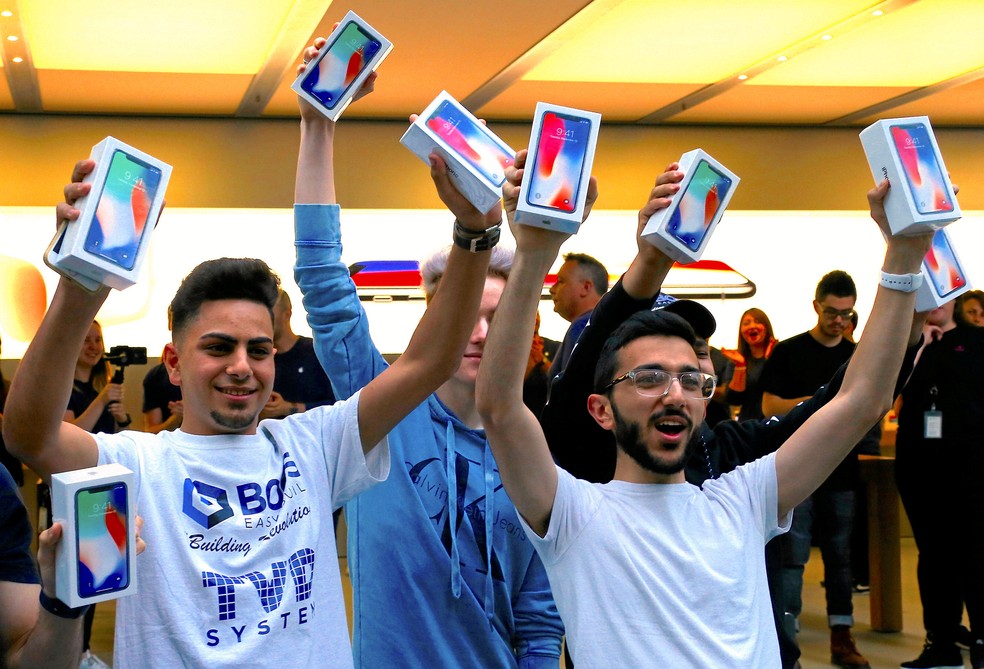 The impact on the California-based company’s financial performance was immediate. Apple shares rose 3%.

But as you explore the details of the iPhone X (pronounced “ten” as the number in Roman numerals), it has been possible to find some problems.

The iPhone X deleted the “home” button, which was on the bottom and was used to start the device. The idea is to give more prominence to the screen, which has the technology OLED (Organic Light-Emitting Diodes), described as one of the best in the history of smartphones.

But the device does not display an end-to-end screen. There is a small bar where the new face recognition hardware is installed, which unlocks the phone to its owner.

Related:  How to Reset Your Windows PIN In Case You Forget It

According to some users, there is a certain nuisance because, when browsing the internet, white bars appear on the screen and hide some properties of the pages visited.

“IPhone X shows web pages literally with white bars on the sides,” user Thomas Fuchs wrote on Twitter, referring to the times when the screen is horizontal. According to him, these bars disrupt the use of the scroll bar.

Fuchs’s post has generated hundreds of comments, including the fact that such bars do not appear on all websites, as well as tips on how to display end-to-end pages.

The quality of OLED screen of the new phone has been widely praised. However, many users noticed that when they looked at the screen by tilting the device to the side, it completely lost color quality and sharpness.

Apple itself admitted that there could be some drawbacks, depending on the angle of view.

“If you look at the screen outside the front angle, you can see color changes and shades,” the manufacturer wrote in a statement announcing that although they are features of OLED screens, it is working to make some changes.

Although it is Apple’s most expensive smartphone, the new iPhone paradoxically is also more fragile.

According to SquareTrade, which measures the resistance of phones to drops, the new model is “the most fragile, difficult and expensive to fix in Apple’s history.”

The company, which offers guarantees for phones, has made a series of tests. For example, the device dropped from a height of 1.8 meters at different angles.

Related:  How To Improve Location Accuracy Pop-Up On Android

Apple, however, says the iPhone X has “a more durable protection glass for all smartphones.”

But tests by SquareTrade indicate that the falls have produced irreparable damage.

Users report that using the new handset is a “new and different” experience.

However, one of the problems identified, especially in the US, is related to software (iOS 11.1), especially to activate it – which allows you to configure your phone.

“Hello, Apple, I’m not sure if you guys know, but the iPhone X has arrived today. Maybe they could fix the activation system? Now, please,” wrote Archibald Smart, a disgruntled user.

Following a review, top US cell phone companies such as Verizon and ATT said the shortcoming was identified primarily on devices purchased directly from the Apple store.

Apple had not ruled on this specific flaw until the release of this report.