How To Block Robocalls on Your iPhone

How To Block Robocalls on Your iPhone

If you are one of the millions of people who regularly tormented by robocalls on your iPhone, then this article is surely for you. Here’s how to block Robocalls on Your iPhone. 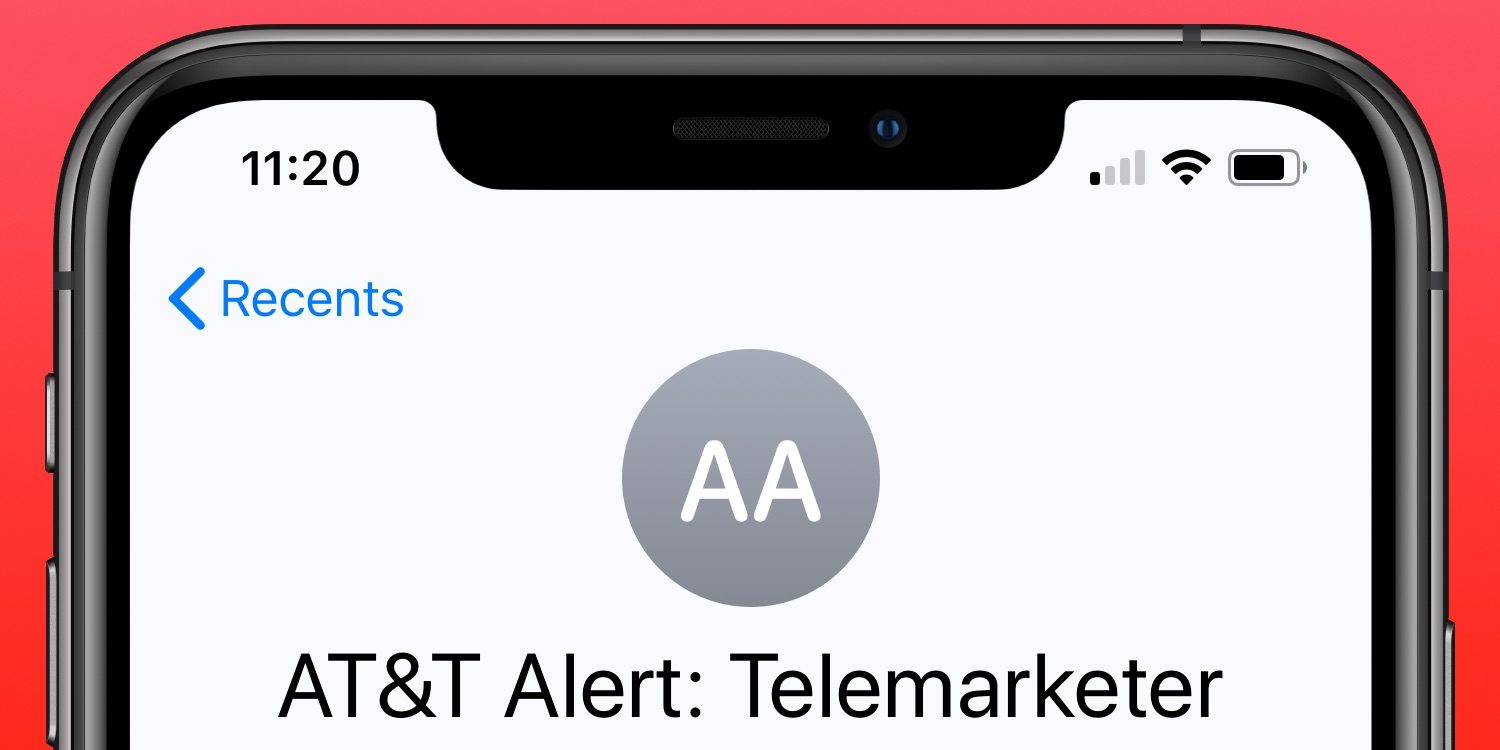 Often ringing several times a day, these unwanted Robocalls are the bane of iPhone ownership. Described as unsolicited pre-recorded communications that can come from both national and international sources.

Block Robocalls on Your iPhone By Using Ant Of These Applications: 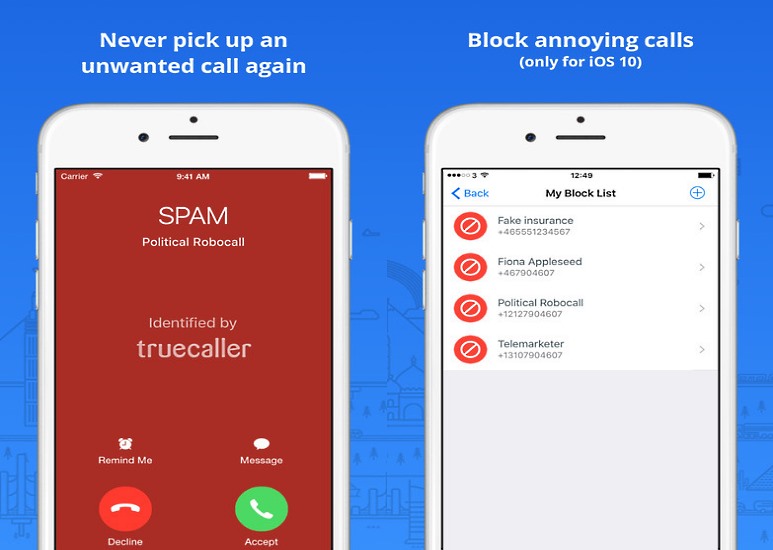 One of the most popular options available in the App Store, Truecaller has a long history of blocking spam calls or SMS messages. So how does this app work? Truecaller is a backend system will automatically identify spam and fraud calls before you pick up.

The application is free and even lets you find out who is behind the unknown numbers. Once a number comes in, you can easily copy and paste it into the search bar. From its list of more than 250 million users, the application will surely be able to identify the pesky source of these robocalls.

To help make things even more clear, when a dreaded telemarketer calls, the application screen turns red and essentially turns itself into a giant warning. 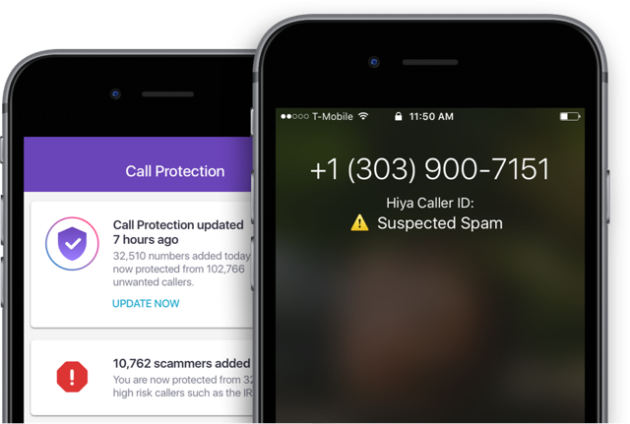 Another one of the most popular anti-robocall applications available on the App Store, Hiya runs in almost every country around the world. This free application claims it analyzes almost over 13 billion calls a month to help determine robocalls.

Related:  Maybe This Is The Design Of The Galaxy X With 7.3 inch OLED Screen Folded As Notebook

All incoming calls to your iPhone are run through the Hiya’s database and if a match is made, the number is automatically blocked. Subscribe to the Hiya premium plan, and you will receive a regularly-updated caller ID database.

The best part of this application is there are zero ads on the free version making its sole focus on helping you find a little more smartphone sanity every day. 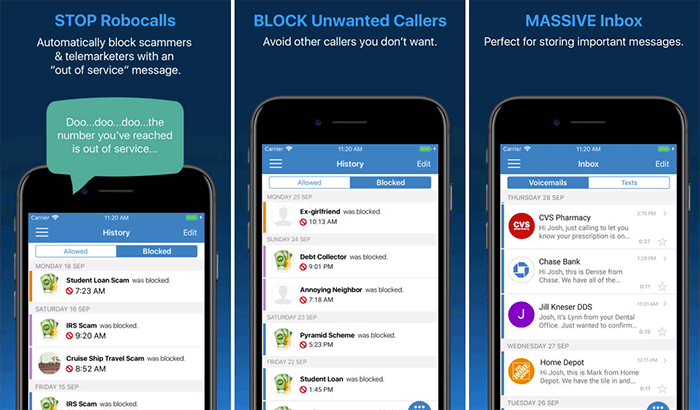 While similar in function to the rest of the robocall blocking applications on this list, YouMail is right up there with the best. By replacing your smartphone’s existing voicemail service, YouMail’s software identifies robocallers by their voicemail messages only.

And from there, it builds up a huge database so it can easily identify future robocalls and block them. What do we love most about this application is that it plays a “number disconnected” tone to incoming robocalls to make them think your number is no longer in service.

YouMail is one of the few applications on this list that markets itself to business owners as well. Small business owners should definitely give this app a hard look if they want to reduce the number of incoming robocalls. 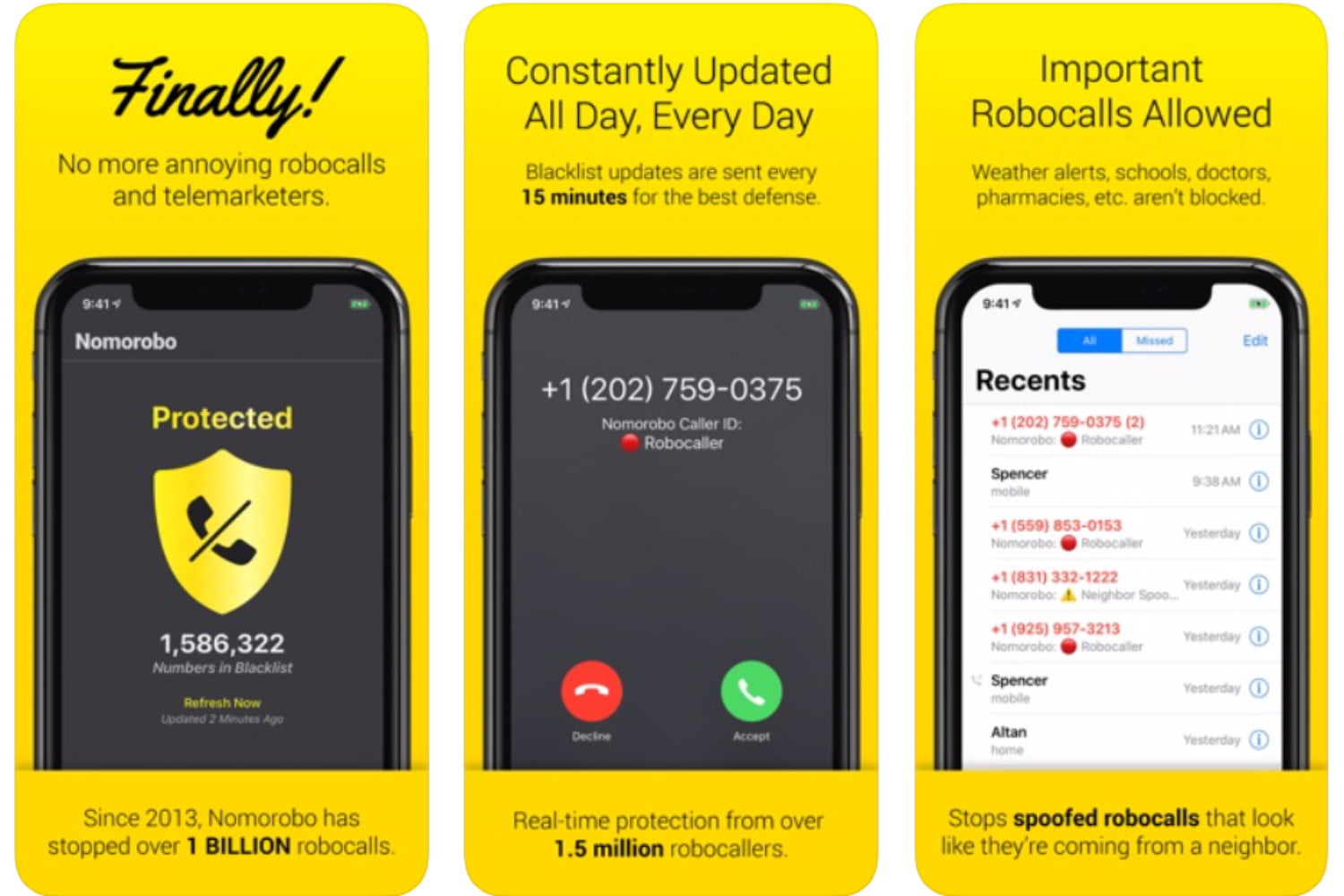 Nomorobo works directly with the Federal Trade Commission in the U.S. adds additional layers of accuracy. Another benefit of this app is its ability to separate spam calls from legitimate calls. You know the application is working when an incoming call is flagged and your phone only rings once.

Related:  How to Back Up and Restore Your iPhone or iPad without iTunes

Users are also given the option to create a “whitelist” of numbers. That is a nice addition to this app, as it guarantees you are not missing any important calls. The application is free for the first fourteen days and then requires a small subscription fee each month. 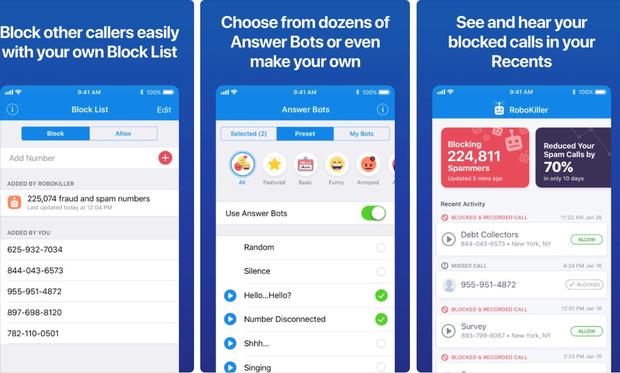 Another popular entry on this list is RoboKiller which has created its own outstanding reputation for protecting its users from spam calls. Available as a free application for seven days then this app also has a nominal monthly subscription fee.

However, that fee unsurprisingly provides access to its full feature set. As calls come into RoboKiller, the app’s bots take care of answering calls and put an end to the harassment. These apps bots act as “real people” so the robocallers becomes fools into thinking they are talking to a live person.

A full record is kept of each blocked call to review at some later point. In this way, you can make sure that no flagged calls are getting through. The best part of RoboKiller is easily its outstanding online reputation that often results in a great job of blocking calls.

While this list hits on some of the most popular applications available on the App Store. However, iOS 13 has its own built-in protections. Listed under the Settings > Phone > Silence Unknown Callers, iOS 13 is the newest tool in Apple’s arsenal to assist its users.

This functionality has been quickly putting robocalling companies on the defensive. We hope these applications and Apple’s own tools can block Robocalls on your iPhone for good.