Computers generally tend to break down when it’s least convenient. And, when that happens, you may lose all of your precious data such as family photos, personal documents, or legally downloaded movies. Here are the 5 Cheap ways to back up your data. 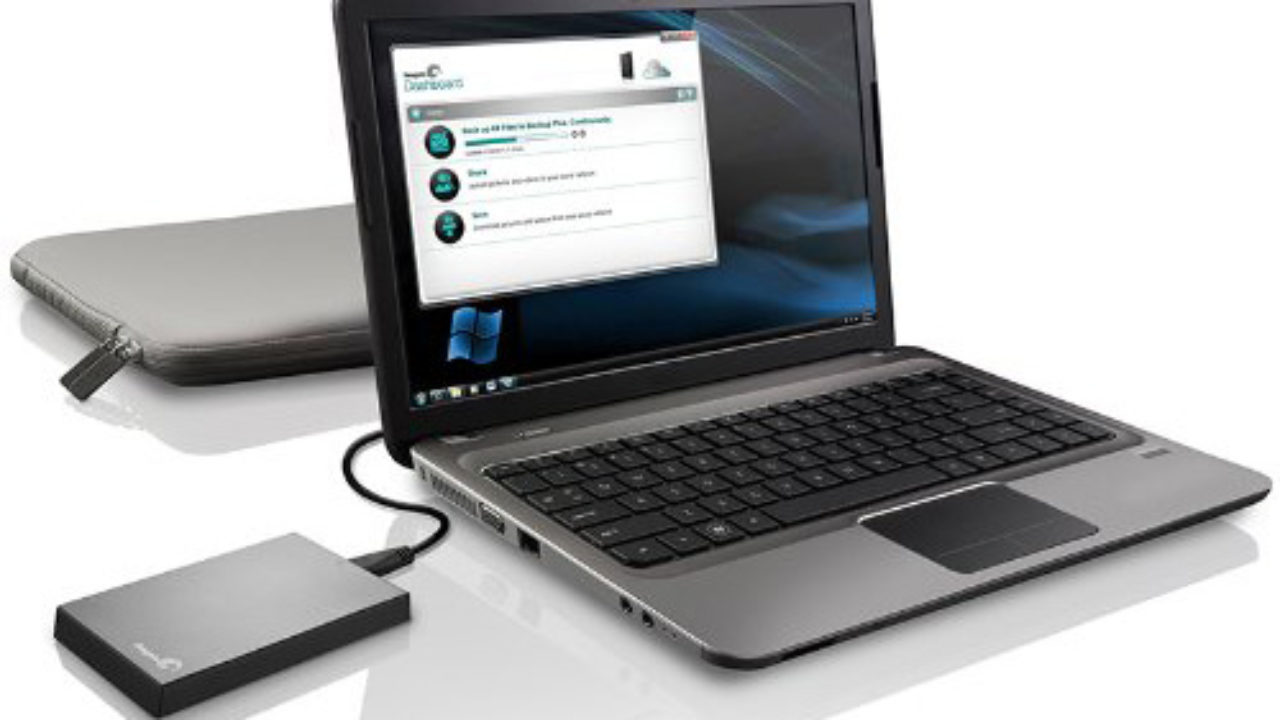 Earlier, backing up your files meant buying an expensive hard drive or a mess of overpriced USB sticks. However, now there are a ton of cheap and easy ways to keep your files safe, even if you’ve built up terabytes worth of data.

Here are five of our favourite affordable backup methods.

Your backups aren’t guaranteed to last very long. Hard drives can fall victim to theft, natural disaster, or any hardware failure. Even the cloud storage solutions can face the destructive malice of hackers or incompetence.

Hence, before we look at any cheap storage solutions, we should take a minute to review the 3-2-1 strategy:

Keep 3 Copies of Your Data: You should minimum maintain three backups at all times. One of these backups can be on your main machine, just note that a hard drive in a working computer breaks down faster than a hard drive in a drawer.

Use 2 Different Formats: Do not ever put all your eggs in one basket. Normally a theft, flood, or fire can destroy a group of hard drives in one go. Always try to spread your backups across different media or cloud services.

Keep 1 Backup Offsite: Again, a simple disaster can destroy the hard drives that you have at home. So keep at least one backup away from all the others.

You can generally do this through cloud storage, or by keeping a hard drive at a friend’s house or in a bank vault which may be cheaper than cloud storage, depending on how much data you’re hoarding.

A bit of wiggle room also does exist between these rules. Services such as Dropbox, for example, can automatically sync your backups across a handful of devices.

However, you get the idea; squirrel away your data in a few different spaces. That way, your efforts and money won’t go to waste.

Now that we’ve reviewed the 3-2-1 method, it’s time to get into the action.

Related:  How To Check The Last Restart Date On Your iPhone?

Here are the 5 Cheap ways to back up your data

1. Cheap and Fast: HDDs or SSDs 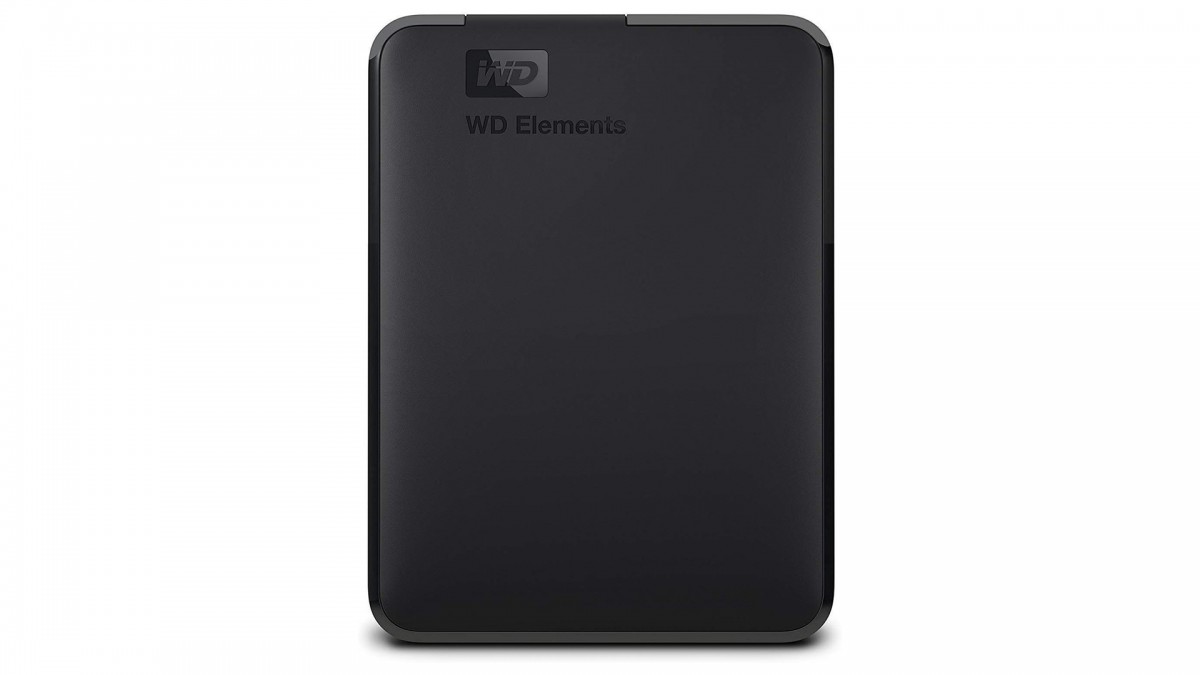 People really talk about cloud storage like its the be-all-end-all backup system. However, if you want to get things done without spending too much of your time or money, then it’s best to focus your backup efforts on hard drives or solid-state drives.

They’re cheap and also last a long time, and they transfer files a lot faster than any cloud storage solution. Because you’re just backing up your files, an HDD is probably a smarter investment than an SSD for sure.

Generally, SSDs are a lot faster than typical hard drives, but they also cost about three times as much money. That extra speed isn’t worth the extra cost unless you plan on doing massive routine backups.

In case you plan to go down the HDD route, then we suggest buying an inexpensive Western Digital or Toshiba product. However, if you need the extra speed of an SSD, then we suggest using the fantastic Samsung T5, which offers a great mix of power, quality, and affordability. 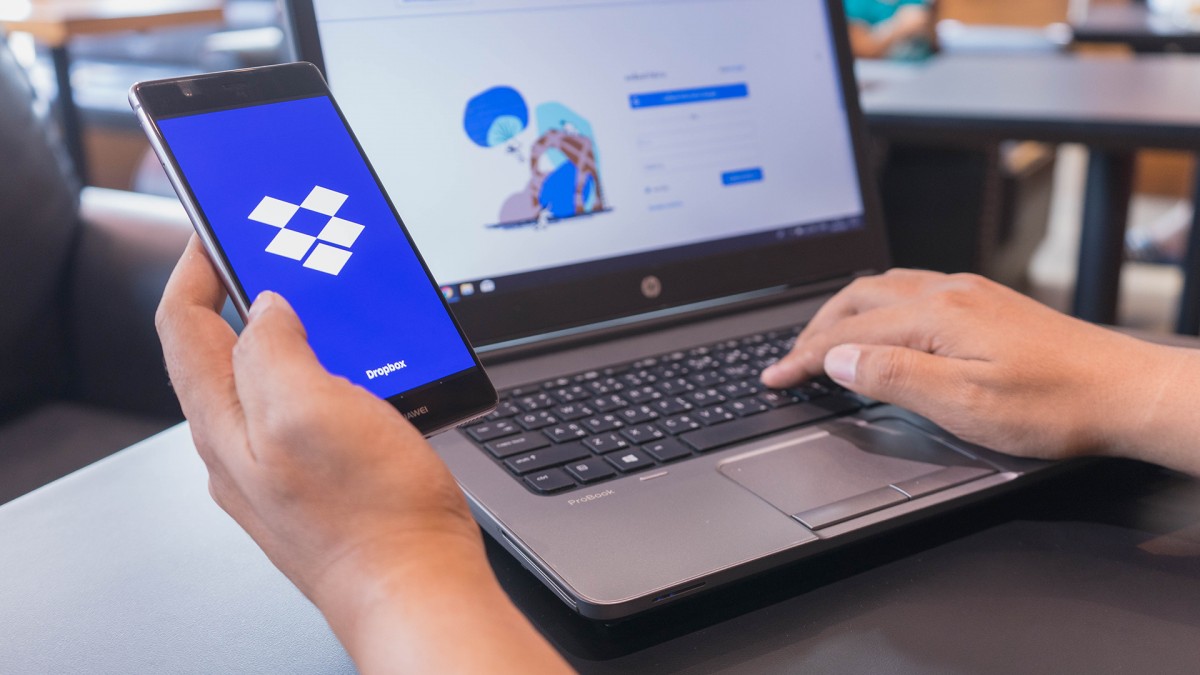 In case you’re trying to stow away a small such as less than 2 TB collection of files, then it may be best to stick with Google Drive, OneDrive, iCloud, or Dropbox. These cloud storage solutions are usually inexpensive, and they’re easy to sync across a mess of different apps and devices.

Also remember, syncing across devices can help you secure your data without spending a fortune on hard drives. Thing is, each of these services has its own price and perks.

Whereas iCloud may be perfect for Apple fans, Dropbox may be a better option for people who work across a variety of different operating systems. To make things easier, let’s take a quick look at what these cloud storage solutions have to offer:

Dropbox For iOS/Android: Dropbox usually offers 2 TB of storage for $10 a month, making it one of the cheapest cloud storage solutions on the market.

It also plays nice with nearly every operating system, and it integrates perfectly with Microsoft Office products and some work-oriented iOS and Android apps.

iCloud For iOS/Android: Generally Apple offers 2 TB of iCloud storage for $10 a month. It’s quite an obvious alternative to Dropbox, especially if you use an iPhone, iPad, or Mac. And of course, it works on Windows and somewhat on Android systems, too.

Google Drive For iOS/Android: Google usually offers 1 TB of storage for $12 a month. It isn’t the cheapest option on the planet, however, it’s good for people who do most of their work through Google’s productivity suite Docs, Sheets, Sites, etc.

Google Drive also works across every major computer OS out there with Google’s Backup and Sync app.

OneDrive For iOS/Android: Microsoft’s also offers 1 TB of OneDrive storage for $70 a year or $7 a month. This 1-TB plan comes with Office 365 Personal, so it’s an easy option for many students and professionals.

These cloud storage solutions generally fit most people’s needs. But in case you need to back up more than one or two terabytes of data, then an unlimited storage solution like Backblaze is a smarter option. 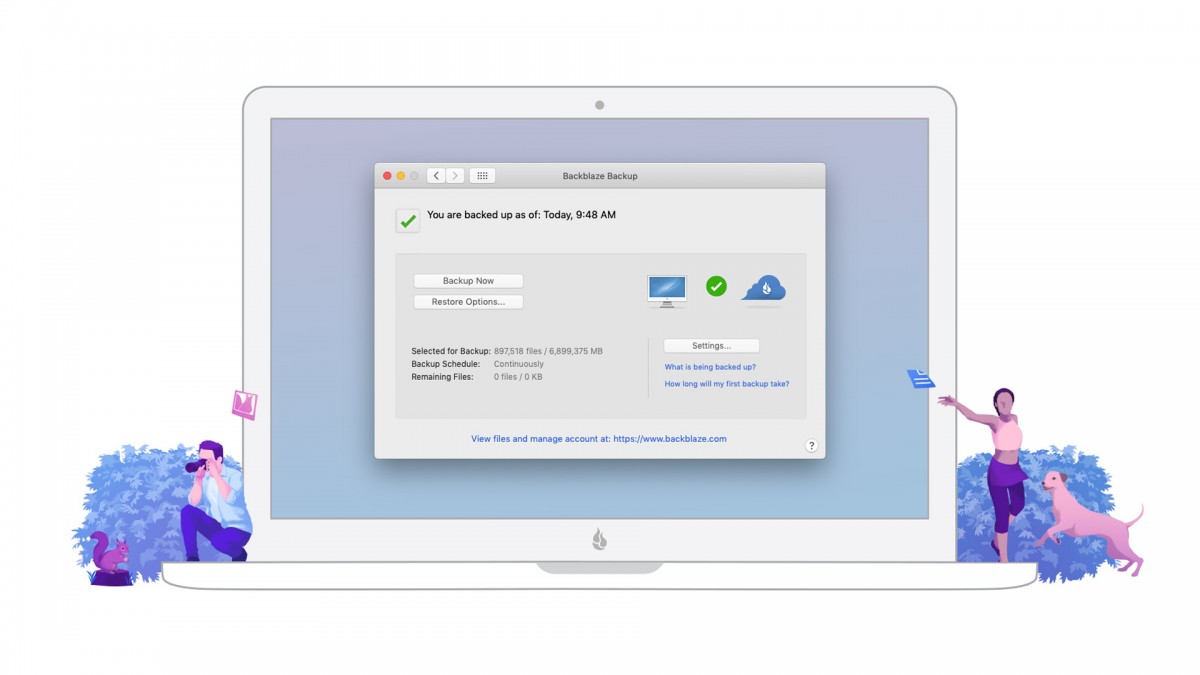 Backblaze offers the most affordable unlimited storage platform in the present market. For just $6 a month or $60 a year, you can cram all of your files into Backblaze and avoid the weird data caps of typical cloud storage solutions.

Like Dropbox or OneDrive, Backblaze also allows for automatic backups, file sharing, and access from mobile devices. The only serious issue with Backblaze is only that its backup system is restricted to one computer at a time.

That’s still a great deal, assuming that you have more than 2 TBs of data to back up. However, if your backups are relatively small, then it may be smarter to just stick with a service Dropbox or Google Drive. In that way, you can back up files from any device at any time.

4. For Data Hoarders and Media-Fiends: Build a NAS 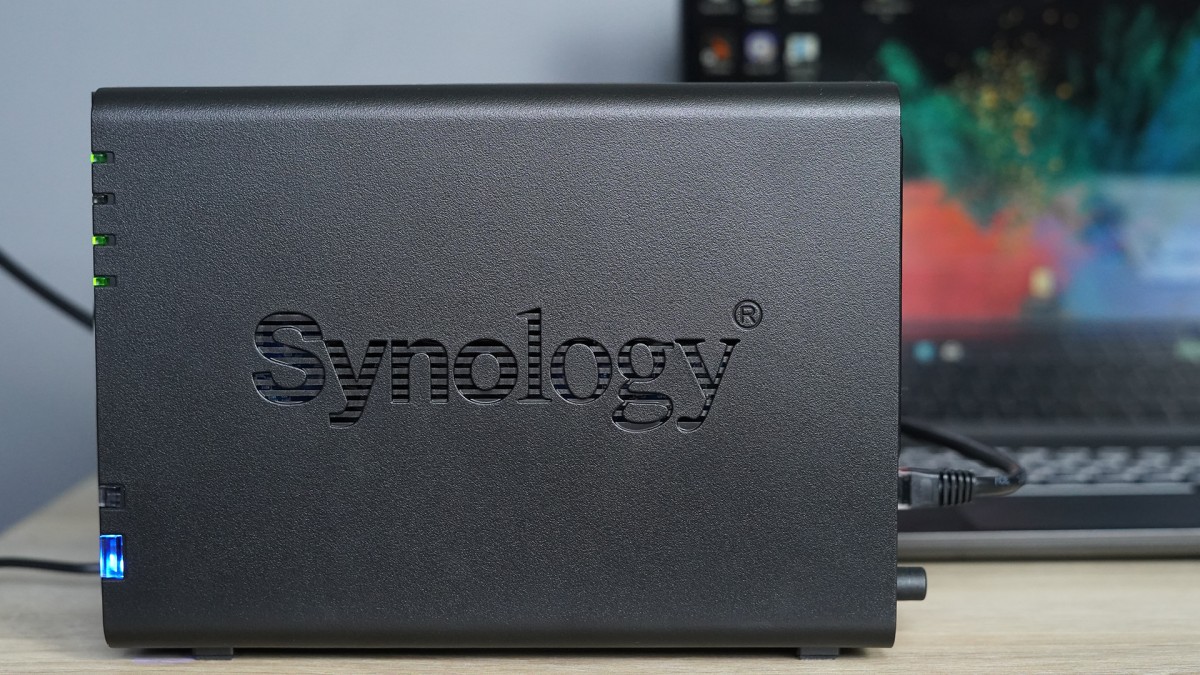 Backblaze is a definite steal for its unlimited storage capacity. However, it is limited in some ways. In case you want to mix the high capacity of Backblaze with the convenience of Dropbox and the speed of a local hard drive, then a NAS (network-attached storage) device is your best bet.

Related:  How to Fix Google Assistant crashing on Some Android devices

In brief, a NAS device is a cloud server that you keep in your living room. It’s a little costly to set up however, in time it’ll pay for itself and provide a faster more customizable storage platform than Backblaze or Dropbox.

You and your family can access the NAS server from anywhere. You can also use it to stream movies or music to any device. Really, it’s the ultimate storage option for anyone who’s spent their time hoarding documents, photos, or movies.

You can usually build a NAS device in a million different ways. You can also buy a fancy NAS enclosure, connect hard drives directly to your router, repurpose an old PC, or even build a NAS from a cheap Raspberry Pi.

Either of the ways, you’ll need to buy a few HDDs or SSDs to act as the server’s storage. Also, you’ll need to follow a quick guide to get things off the ground. It isn’t as easy as Dropbox, although it’s not that complicated either.

5. Check What You Already Have! 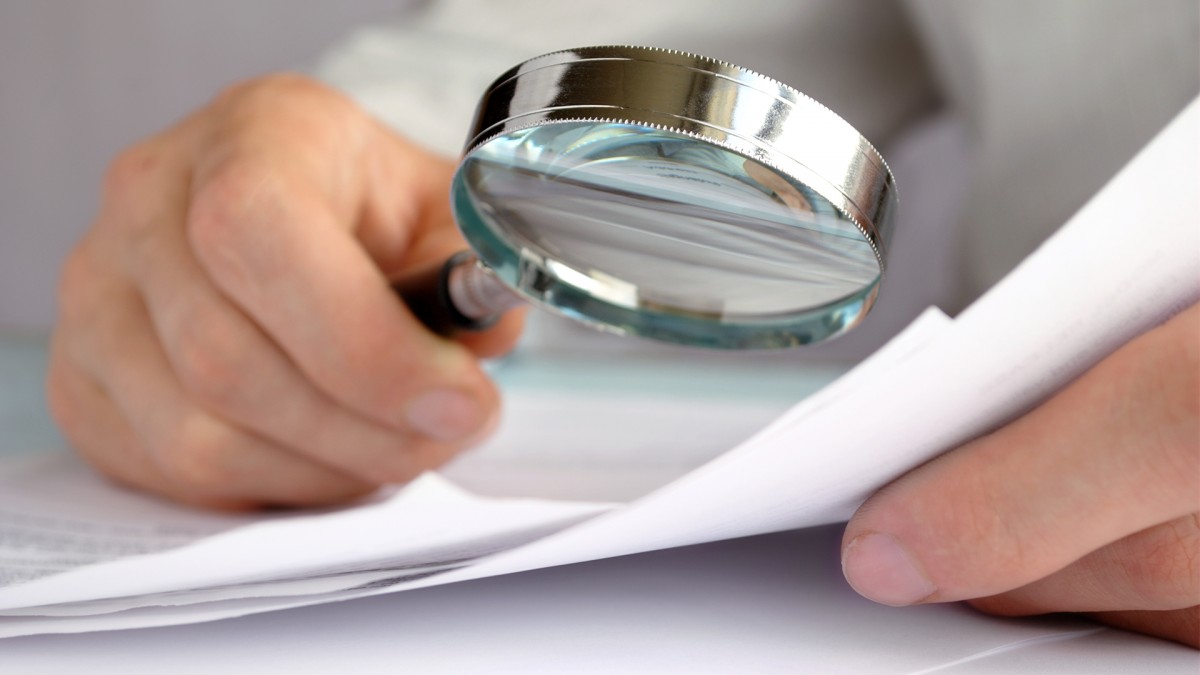 Here are some best services that you can probably access for free right now:

Google Drive: Google Drive allows you to upload 15 GBs of files for free.

OneDrive: OneDrive allows you to upload 5 GBs of files for free. Moreover, if you already pay for Office 365, then you can access 1 TB of cloud storage through OneDrive right now.

iCloud: Apple allows you to upload 5 GBs of iCloud storage for free.

Google Photos: Generally Google Photos allows you to store an unlimited number of pictures and videos for free.

These free services are very limited however, they’re a great option for anyone who only needs to back up photos or small documents. They’re also good in an emergency case.

In case you think that your computer or phone is starting to die then, you can quickly dump some files into Google Drive for free.