In case you are wondering how YouTube Simmers get their custom content—commonly referred to as “CC”—in their Sims 4 game? Electronic Arts never released an official tutorial on downloading CC in The Sims 4, and there are a lot of YouTube tutorials, however, they can be vague. Here’s how to download Mods in The Sims 4. 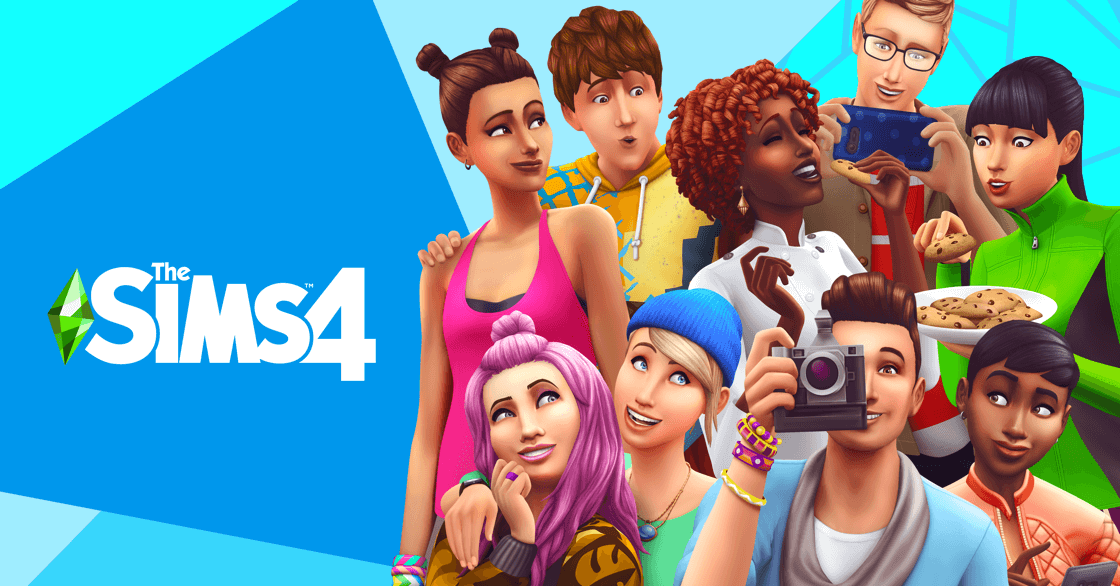 Custom content, or “Mods,” is generally additional assets and behaviours created by other players for the purpose of enriching the game beyond the base game that Maxis has published.

This content usually includes clothes for your Sims, traits, aspirations, and much more. Generally, custom content is created and tested by users and it is also a big part of the Sims community.

As a matter of fact, Maxis encourages and supports the modding community! You can read more about that on The Sims 4 Mods and Game Updates FAQ Webpage.

Here’s a detailed tutorial on how to activate and download mods in The Sims 4 on Windows 10.

First of all, locate and open Your Resource.cfg File

Then launch the Sims 4 and enable mods in your game, Now locate the Mods folder for The Sims 4. The default path for your Sims 4 folder is usually located in your Documents folder.

The Mods folder will generate inside the Sims 4 folder after you have launched the game with mods enabled. There is a “Resource.cfg” file in the Mods folder.

Simply right-click to open it using a simple text editing program, such as Notepad. You should see something like this, however on one line:

This shows how many folders deep the system will check for mods/CC. The number of asterisks equals the number of folders deep. There should be at least six by default, as shown here. In case you’d like to add more then, just follow the same pattern.

This is mostly for people who don’t have folders within the Mods folder yet or have made folders, however, there’s nothing in them. If you have a couple of folders with stuff in them already but a bunch of things that aren’t, then go ahead and follow along.

Related:  How to Restore Contacts on an iOS Device from iCloud

When you first downloaded your game, you chose a folder to install The Sims 4 to. Simply navigate to it and locate the Mods folder. You can usually find this in Documents > Electronic Arts > The Sims 4 > Mods, However, you may have installed it in another location.

We recommend also using File Explorer’s built-in search box to help you locate the folder. “Build/Buy” and “CAS.” By creating folders to start with, you’ll be more prepared to keep your files organized later.

Enable Mods in Your Game

After launching the Sims 4 game then, you’ll see a three-dot icon in the top-right corner of the main menu. When you tap on this, you’ll get the settings menu. Next tap on the “Other” tab and then select the “Enable Custom Content and Mods” option.

That was the easy part. Now go ahead and enable “Script Mods Allowed,” too. When the boxes are ticked green, that means the mods have been enabled. 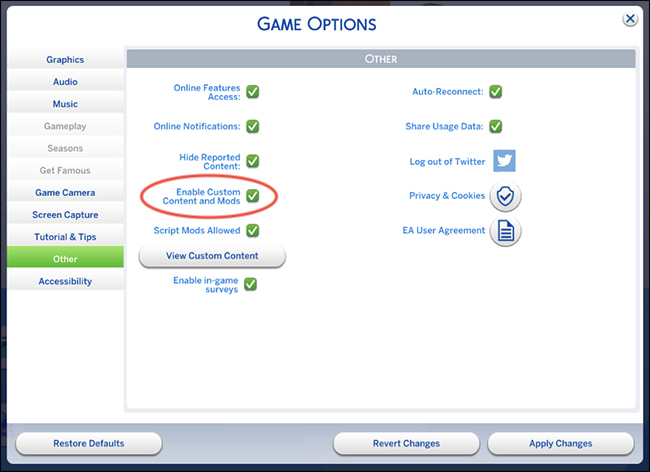 Check That the Mods Folder Is Now in Your EA Folder

When you downloaded your game, you chose a folder to install The Sims 4 to. Navigate to it and locate the Mods folder. You can usually find this in Documents > Electronic Arts > The Sims 4 > Mods, but you might have installed it in another location. We recommend using File Explorer’s built-in search box to help you locate the folder.

When clicking around and downloading mods, it’s very important to read the fine print. You’ll usually come across a huge selection of CC that’s compatible with the base game no packs required.

However, plenty of available mods will require a pack for one reason or another like a re-texture of a base game item.

Related:  A Hacker Has Successfully Installed Windows 10 ARM On Lumia 1520

Kindly Note: The “Female Autumn Collection” has separate files, so you can pick and select what you want to download. Packages will sometimes come separately, but not always. Sometimes a set will be available only as a merged pack of content.

Here’s a quick list of our favourite and trusted CC sites:

Now move the Files to Your Mods Folder

Then locate the downloaded files on your computer and then move the files manually to The Sims 4 Mods folder.

In the Mods folder, create a Mods Tutorial any name will do subfolder and move all of the “.package” files from the downloads folder into the Mods Tutorial folder.

CC that appears generally in the “Create a Household” screen clothes, hair, accessories, etc will be stored in the “CAS” folder, Build/Buy CC should go in the “Build Buy Mods” folder, and so on.

Keeping your folders organized can really help you to single out corrupted files that cause issues in your game. Also, by putting newly downloaded mods in a separate folder, you can launch the game and decide whether or not you like the new mods you’ve downloaded.

We suggest you store newly downloaded CC in a folder labelled “new mods” for organizational purposes.

In case you launch the game and decide you don’t like what you’ve downloaded, it’s easy to navigate to the new folder and figure out which file to delete.

The screenshot above includes the file names of the downloaded content linked earlier in this post for this how-to guide.

Once you’re in the “Create a Household” screen, tap over to the “Hair” section. If you’re having trouble finding the custom content you’ve downloaded then, tap on the small arrow next to “Feminine,” click content.

After that check the box next to “Custom Content” so that the hair section shows only the custom content you’ve downloaded. You can enable this filter on all screens, even in Build/Buy! 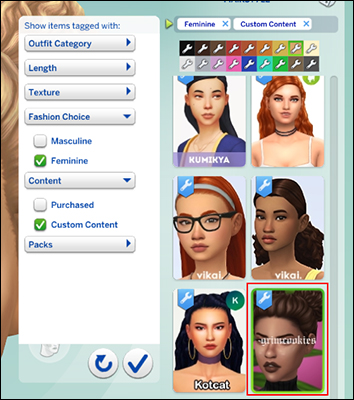 What Is a Mod versus a Script Mod?

Now after you’ve dabbled a little bit in custom content for The Sims 4, you must be wondering why we turned on script mods. Script mods are generally coding mods that can alter game behaviours, as opposed to pre-existing Maxis coding.

Related:  How LTE is Different From 4G

One such popular script mod is The Sims 4 MC Command Center Mod created by the user, Deadpool.

Pretty much anything you can think of, this mod can generally do it, and it’s updated on an on-going basis.

We’ve already gone over how to turn on script mods, however, where do you place the MC Command Center mod in the Mods folder?

First of all, make sure the modules and packages are placed into the same folder and that the folder is no more than one level deep in The Sims 4 mod folder structure. Like example, The Sims 4ModsMCCC is okay, but The Sims 4ModsScript ModsMCCC is not.

The Sims 4 client will only go one-level deep when looking for script mods. In the screenshot above, you’ll see that the “McCmdCenter” file is in the very first level of the Mods folder. In case you don’t do this correctly then, script mods will not appear in your game.

Save and Back Up Your Sims 4 Folder

As a part of the general rule, always back up your Sims 4 folder to a USB drive or external drive in case of disaster. Right-click your file and then select “Copy”, navigate to the safe location you’ve made, and then right-click and select “Paste” into the new location.

This will make sure you have an updated copy of your game Sims families and your mods should you have to reinstall the game. It usually takes time to build up a collection, and it’s a nuisance to lose progress just like losing any saved data for any other video game.

That’s all you have to do! Remember, you should always contact the owner of the mod to report bugs or if you have any questions.