Motorola, a Lenovo group company, announced on Wednesday (15) a new accessory for the Moto Z smartphone, which is capable of printing photos. 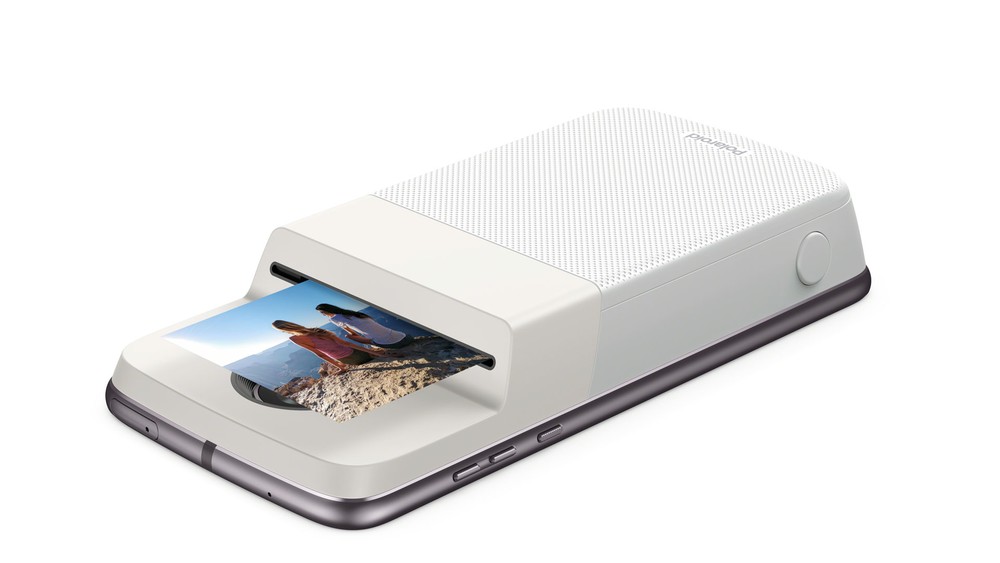 The Polaroid Insta-Share Printer is the ninth “mod”, as they are called the gadgets that can be docked to Moto Z to expand some function of the cell phone or give it some feature that does not come from the factory.

Connected to the back of the phone, the Polaroid Insta-Share Printer prints photos taken with the camera from the device or stored on it, but can also take pictures taken from Facebook, Instagram or Google Photos.

The Polaroid Insta-Share Printer gadget will begin shipping for $220 this week from Verizon in the United States. Motorola will begin offering the producer in other markets, such as Brazil, in the coming months.

The other mods are: