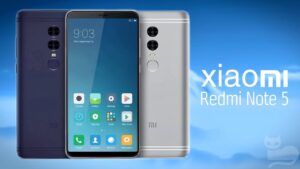 Here is an excellent news for Mi Users in India!!!Xiaomi is working on the successor to its popular and largest selling android phone Redmi Note 4, as it will be launching as Redmi Note 5. After this news came out, Mi users are thrilled to see the new one. News and reviews about the Redmi 5 are flying high in the air and at any time it is expected to be out.

The First Tail-picking of Redmi Note 5.

Xiaomi’s Manu Kumar Jain, VP and Managing Director Xiaomi India has tweeted out teasing the launch of a new product.

It All started with Cut-out Price of Redmi Note 4

Xiaomi has announced a price cut of its popular Redmi Note 4, and this may be one sign that hints at its successor’s launch. The Redmi Note 4 has been one of the top-selling smartphones of Xiaomi this year.

According to the specifications listed, Redmi Note 5 will run on MIUI 9 based on Android 7.0 (Nougat) OS. Display will be about 5.99-inch HD display with 1080X2160 pixels resolution with 18:9 aspect ratio.

Additionally, Jain shared a teaser on Twitter hinting at the launching of a new product which you can see easily un this post, teasing the letter ‘i’. At this point, it isn’t clear whether the new device is a smartphone but we can expect to get more clarity in the coming weeks.