What is the Brave Browser, and How It is When Compared to Chrome?

What is the Brave Browser, and How It is When Compared to Chrome?

There are more competing web browsers than ever in recent times, with many serving different niches. One such example is the Brave browser, which has an unapologetic focus on user privacy and comes with a radical reimagining of how online advertising ought to work. 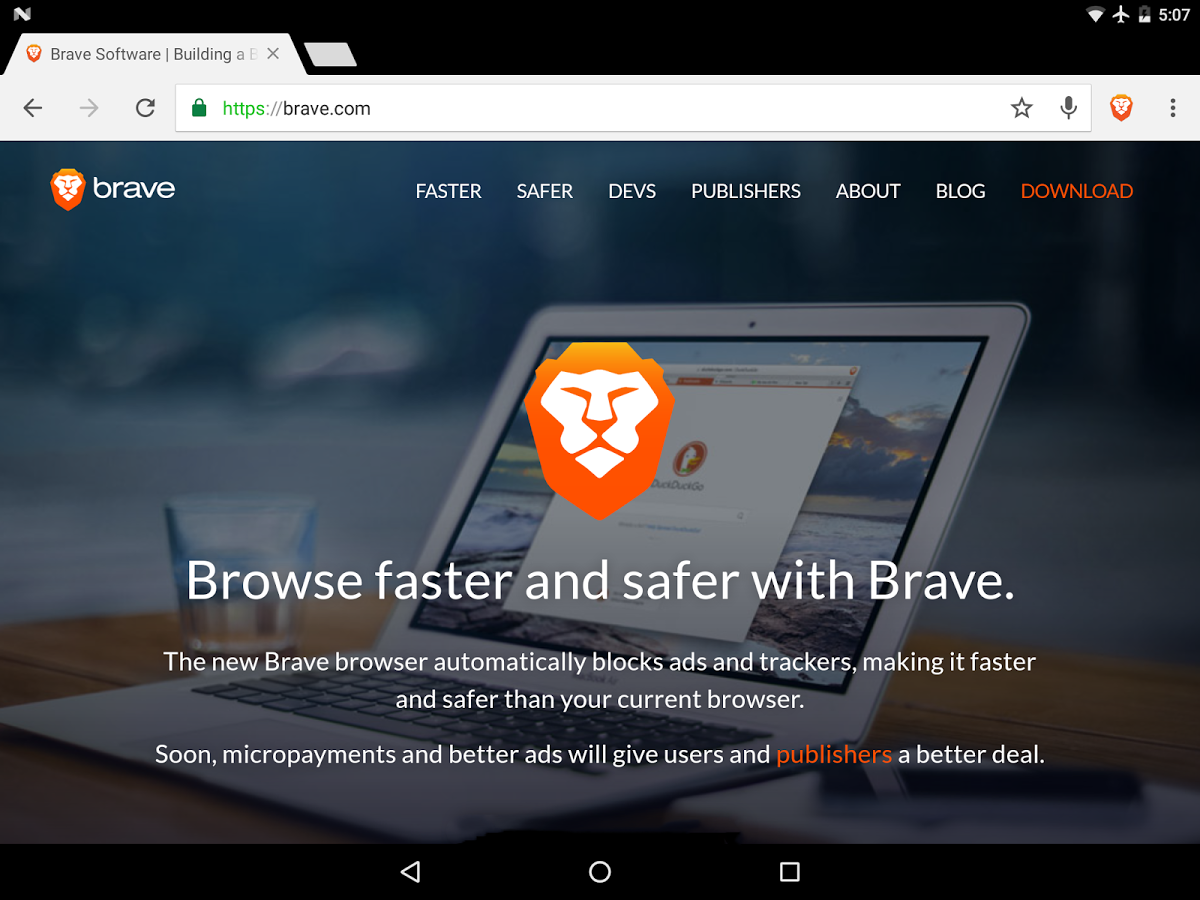 What is the Brave Browser

Brave Browser is based on Chromium, the open-source code that forms the basis for Google Chrome. But is it any good? And for those using Google Chrome, is it worth switching to Brave let’s find out.

When Brendan Eich and Brian Bondy invent Brave back in 2015, they want to address what they perceived as the biggest problem with the modern internet that is intrusive advertising.

Advertising is the fuel that powers the modern internet that allows websites and digital creatives to monetize their content without charging users for each article read or every video watched.

That said, Eich and Bondy think it has got some pretty significant downsides, citing the potentially privacy-harming nature of advertising trackers, as well as the negative impact it has on the overall experience of the user.

Brave’s first release came about in the middle of two significant trends, which ultimately defined the new browser. First, the cryptocurrency revolution was in a full swing.

Companies and individuals like the pseudonymous Satoshi Nakamoto were creating their own decentralized cryptocurrencies, which quickly reached the billion-dollar market capitalizations.

Second, ad-blocking technology finally entered the mainstream. By the decade’s halfway way, millions of people were blocking ads online across all browsers, desktop, and mobile.

This browser was one of the first browsers to include built advertisement and tracker blockers, leapfrogging the likes of Opera. It also came with its own cryptocurrency, called BAT – Basic Attention Token that allows users to reimburse the sites and creators they like.

Essentially, this browser wants to re-imagine how the Internet works, not just on a usability level, but also on an economic level. It is an undeniably radical vision, but you would not expect any less than given its founding team.

Brendan Eich is the inventor of the JavaScript programming language and also co-founded the Mozilla Foundation, which created the popular Firefox web browser. He also briefly served as the foundation’s CEO before resigning after a bitter controversy over his political donations.

Related:  How to Unlock Forgotten Android Phone Pattern or PIN

Whereas Brian Bondy is also ex-Mozilla and spent quite a time at education startup Khan Academy.

All above that, Brave is a reasonably standard browser. Like other Edge, Chrome, and Opera browsers it is built upon the Blink rendering engine, which means webpages should work as you only expect. Brave is also compatible with Chrome extensions too.

To Track or Not to Track?

The Brave browser is usually characterized by an unapologetically pathological focus on user privacy. Its primary mechanism for delivering this is something called Brave Shields.

This mechanism combines traditional tracker-blocking technology, paired with several under-the-hood browser configuration tweaks. Although users can easily de-activate it should it cause websites to break.

As you might expect, Brave blocks trackers based on whether they appear in several public blocklists or not. Going beyond that, it also uses cloud-based machine learning to identify trackers that slipped through the internet and in addition to browser-based heuristics. 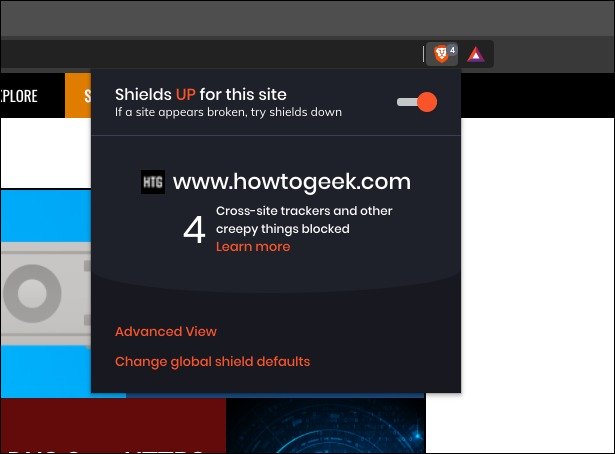 Brave Shields also forces sites to use HTTPS, in this both an encrypted and unencrypted option is available. By forcing users to use an encrypted version of a website this browser makes it harder for those on your network to intercept and interfere with the content you visit.

While this sounds abstract but it is more common than you think. Public Wi-Fi hotspots, like those found in airports, routinely inject their own ads into websites that being visited.

Also upgrading to SSL is not a silver bullet against all security and privacy, it is just a pretty significant security upgrade.

Separately from Shields, Brave also includes a built-in TOR browser too. TOR browser allows users to circumvent local censorship. It is like that which occurs on a national or ISP level by routing all traffic through other computers on its decentralized network.

The tool gets fund by the US Department of Defence, is frequently used by dissidents living under authoritarian governments to escape surveillance and censorship.

Both Facebook and the BBC offer their own TOR ‘onion’ sites for the same reason. Somewhat of a double-edged sword, it is also used by bad actors such as drug dealers, hackers, and other online criminals to operate free from the scrutiny of law enforcement.

Related:  How to Increase VirtualBox HDD Size with Clonezilla

As mentioned above Brave uses its own cryptocurrency called BAT for rewarding websites for the content they appreciate. Microtransaction-based tipping is nothing new nowadays. Flattr pioneered it almost a decade ago. What is different about BAT is its both the implementation and the scale.

While Flattr used traditional fiat-based currencies like pounds, dollars, and euros. Flattr has its own fungible essentially and convertible cryptocurrency based on the Ethereum blockchain. And, as a browser with mainstream aspirations, Brave can also deliver this concept to millions of people.

So, let us talk about how it works. First, it is entirely optional. Users can choose to use brave without even touching the BAT micropayments system. By default, it usually comes in turn off mode.

In case you decide to opt-in then users can purchase BAT through a cryptocurrency exchange like Coinbase. They can also earn it by viewing “privacy-respecting” ads also.

Rather than the traditional banner-based advertising, these present as push notifications. Where users can choose to dismiss a notification or view it in full-screen.

Unlike the traditional advertising networks, the calculations determining what advertisements to show you that you perform on from your own devices only. This means the advertiser is not able to build a profile of you and your interests.

Of all advertising revenue that Brave receives, it shares 70 per cent with users and just keeps a 30 per cent share. It has also worth noting that Brave’s advertising program is only available in a handful of countries.

It is mostly available across Europe and the Americas, plus Israel, India, Australia, South Africa, the Philippines, Singapore, and New Zealand.

Once you have some BAT then you can spend it. You can also choose to automatically contribute to specific sites or tip creators on an ad-hoc basis. You can even tip individual tweets too.

When you open Twitter through your browser this browser will automatically add a button to each post within your newsfeed. By pressing it will open a drop-down window, from where you confirm your tip.

The sites that accept BAT include The Guardian, The Washington Post, and Slate, as well as popular tech publications like Android Police and The Register.

Related:  How to Play a YouTube Playlist in VLC Player

The browser also plans to allow users to spend their rewards for more tangible rewards: like hotel stays, gift cards, and restaurant vouchers. At the time of publication, this system is not yet available for users.

How Does Brave Compare to Google Chrome?

Google Chrome basically commands the majority of the browser market with other competitors, including Brave far trailing behind. Independent figures about Brave’s adoption are not readily available.

However, it does not show on NetMarketShare or W3Counter, as it uses Chrome’s user-agent string. However, in October the company behind Brave reported that eight million monthly active users and 2.8 million daily active users.

While that is a pocket change in the broader Internet ecosystem, it is still fairly impressive for a young company that is trying to disrupt a market.

A small handful of well-entrenched players only like Mozilla, Google, Microsoft, and Apple dominates this market.

The brave browser also promises to be faster and less energy-intensive than rival browsers, and it surely delivers on this. Scientific benchmarks, plus our own anecdotal experiences, pay testament to this.

Moreover, when you open a new tab, it shows you how much time you have saved by using this browser.

However, there are small annoyances you perhaps will not get with other browsers. Functionality that comes standard in Chrome, like the ability to automatically translate webpages, is only available through plug-ins option. 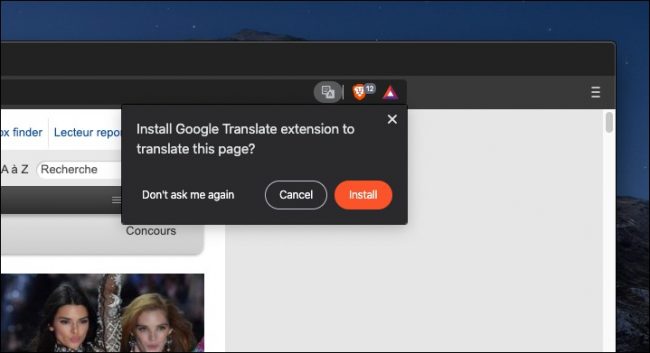 You also sometimes occasionally encounter webpages that force you to “drop” your shield to access it. And while this is not Brave’s fault.

Should you ditch Google Chrome for Brave or not? Maybe. There is a lot to appreciate about this browser. While it is usually fast, it also feels extremely polished.

We appreciate the fact that it comes with both light and dark themes and the ease in which it allows users to protect their privacy from cross-site trackers.

However Brave is more than a browser. It is a statement about how the Internet should work and while most people will agree that the pace and scale of online tracking should be rolled back.

Many may disagree about whether cryptocurrencies are the best way to monetize content that is otherwise by traditional in-browser advertising. Ultimately, the question is whether you agree with Brave’s approach or not?