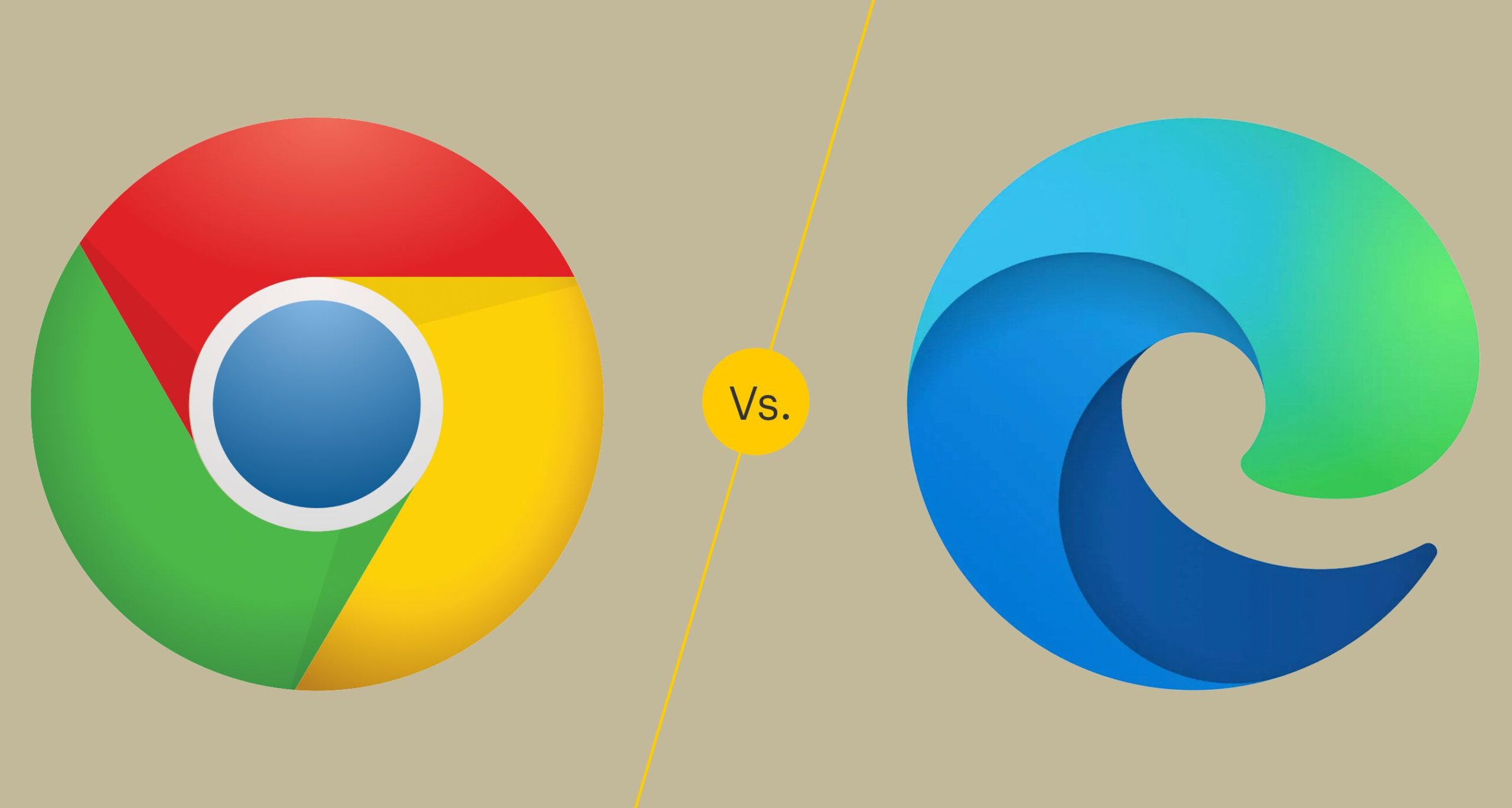 Google Chrome and the new Edge Chromium are both built from the open-source Chromium project. This makes them very similar on the surface. However, there are some differences between the two browsers which make them unique in some ways or superior in others.

Here are some of the functions you find often in browsers and how Chrome and Edge utilize those options.

The user interface on the new Edge Chromium is very similar to what you would expect when using Google Chrome. Both of them have rounded corners and drop shadow effects. 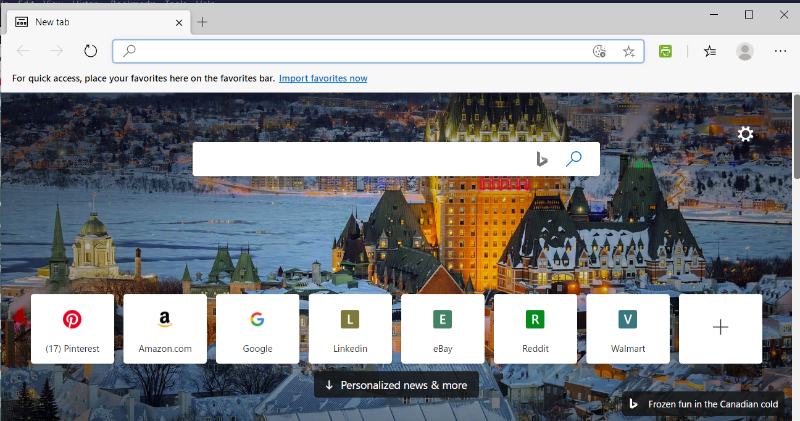 When it comes to the bookmarks bar, Chrome and Edge show the bar only on new tabs.

Edge Chromium gives you three choices for your new tab options. The Focused theme shows your most frequently visited sites, Inspirational shows a different image each day, and Informational gives you a customized news feed. While Google Chrome only has an option for a focused theme.

Both Edge Chromium and Google Chrome have access to extensions which provide more functionality. Because both of them are built on Chromium, most of the extensions in the Google Chrome Store work on Edge too.

In order to use them, you need to tap on the three dots and select Extensions. After that move the slider next to “Allow extensions from other stores” to On. 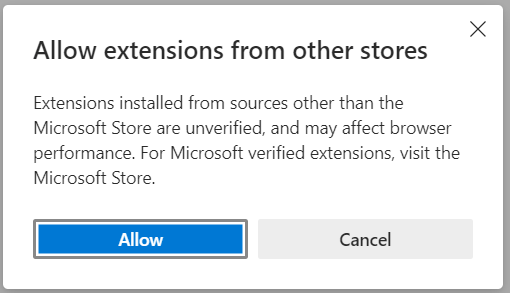 There are extensions specifically designed to work with Edge in the Microsoft Store. However, it seems like an extra step to go out of the browser to download these when you can do it all in one place with Google’s extensions.

While Google Chrome allows you to sync your browser history and extensions between devices, Microsoft Edge does not allow it. So if it’s important to you that your browsers work the same on different devices, Chrome is still better than the edge.

Collections are something that puts Edge ahead of Chrome for many of us will be Collections. Collections usually allow the user to gather information from many different sources and put them in one place to refer to again. 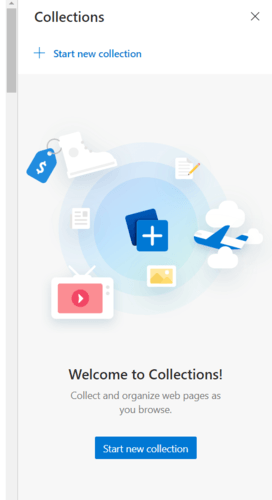 This is very handy for tasks such as planning trips, comparison shopping, or writing research papers. As of this writing, Collections is not live on the current version. However, you can use it by downloading the Canary version. 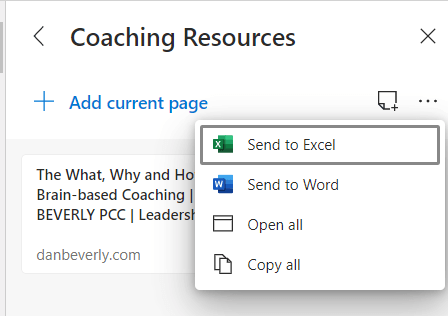 In many tests, Edge Chromium seems to be faster, using only 70-80% of the RAM Chrome uses. In case you do not have a large amount of RAM then, this will give you faster and smoother browsing. Edge is also less taxing on your CPU making freeze-ups less common.

You can turn almost any webpage into a standalone app by using Microsoft Edge’s Progressive Web App (PWA) support. Creating a PWA gives you a desktop shortcut that leads to the site. However, without the address bar and other functions, you would see in a browser.

Related:  How To Export WhatsApp Chat As PDF

This is something that Google Chrome does not have. 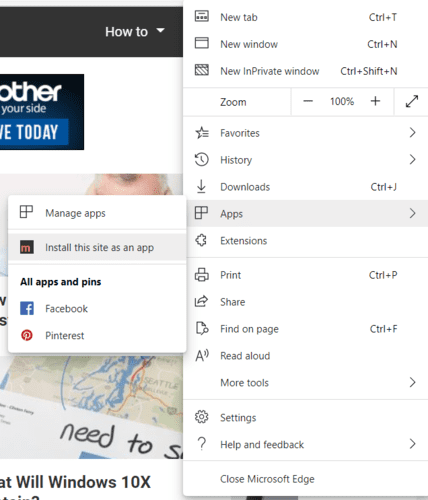 The new Microsoft Edge Chromium reads to you both on desktop and mobile. Whereas Google Chrome requires an extension on the desktop and mobile versions to do this. You can also download more languages and voices in your Windows Settings.

Edge Chromium has an Immersive Reading view that removes all the extra distractions from the page and leaves only the text and other relevant content.

You can also adjust the colour of the background. Google Chrome once had a reader mode however, now you need to install an extension for both the read aloud and the reader view.

Edge Chromium gives you three different levels of tracking protection. You can choose Basic, Balanced, and Strict. The default is Balanced, which lets you get some customization that you will not get in Strict mode.

You will get a lot of customization in Basic however, you will have less privacy. Some websites may not work correctly in Strict mode.

You can also find out which trackers have been blocked on the websites you visit on Edge. Tap on the lock icon to the left of the URL. Then tap on Trackers at the bottom of the menu, and you will see the list. While Chrome does not do this. 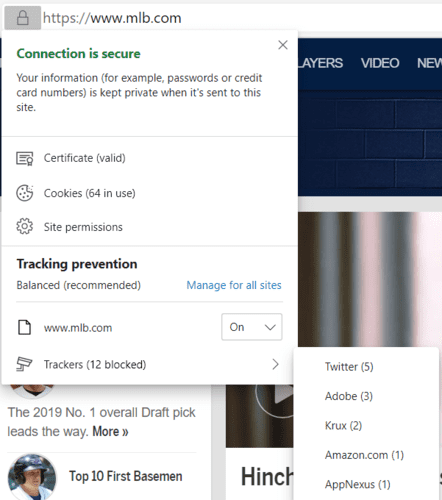 In Microsoft Edge Chromium, you can customize which permissions you want to give on a site-by-site basis. In Google Chrome, you can only either allow or block for all sites or none.

Both Edge and Chrome have private browsing tabs like every other browser. On the Edge browser, you will see it listed as InPrivate, whereas Chrome refers to it as an Incognito tab. These browser windows will not save any activity when used to browse the Internet.

Overall, Microsoft Edge Chromium seems to have the advantage over Google Chrome in that it takes fewer resources to run. Even if you have sworn off Microsoft browsers in the past, now it definitely worth a look.