Motorola with an aim to increase its market share in India, the company recently launched Moto E6S in the country. The smartphone is priced at Rs. 7,999 and it is available in two colour options, one is Polished Graphite and other is Rich Cranberry. 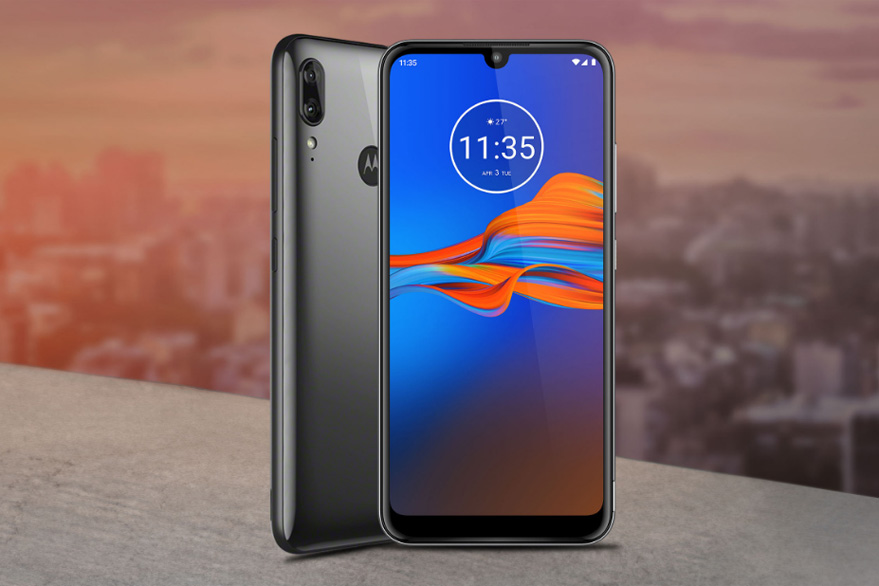 Unlike the previous Moto One series, this smartphone is specially designed for budget-conscious buyers. In fact, the company also says that the Moto E6S was built with consumers in mind. However, Chinese smartphone makers like Xiaomi and Realme are still leading this segment.

So, there are chances that the device will face tough competition from these Chinese brands. We got a chance to get our hands on the new Moto E6S, and this is what we think about this recently launched device. 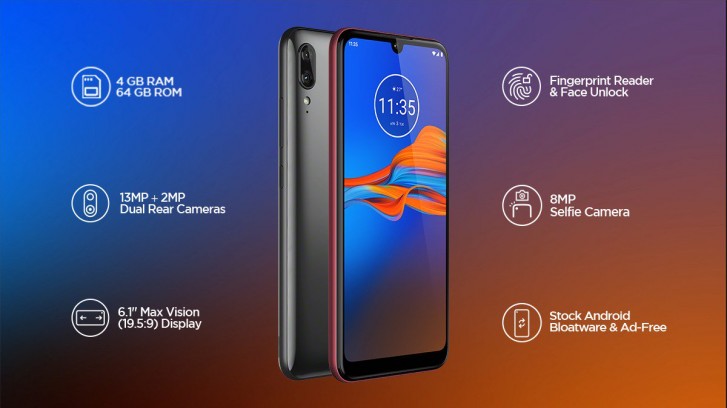 The Smartphone features a plastic body along with a glossy finish. The back panel is removable, and there is a dual SIM card slot, micro SD, and removable battery, which is very uncommon now. You get the power button and the volume rockers on the right side, there is nothing on the left side.

The bottom side of the device holds a 3.5mm headphone jack, micro USB port, and a single loudspeaker grille. At the rear, you will get a dual camera set up with an LED flashlight. There is a fingerprint scanner in the centre and a Moto logo printed on it.

Related:  Get Instant Discount of Rs 7,000 on Pre-booking of iPhone 11 Series

The fingerprint scanner works quite well. Upfront, the Moto E6S has a 6.1-inch display and a notch on the top. It also comes with pretty thick borders, especially at the bottom, which seems fine at this price point.

The smartphone looks good in hands and you can easily operate with one hand only, many thanks to its lightweight and comfortable grip. Overall, it looks quite good and can easily fit in one hand and pocket.

The device is extremely lightweight, even if there is a 3,000 mAh battery inside the device. Unfortunately, the rear panel is prone to fingerprint smudges. However, you will find this issue in almost all affordable smartphones.

Overall, the phone screen produces vivid colours, decent brightness, and it is good enough for watching videos. Also, this Smartphone allows you to stream content at a good resolution.

However, if you are using this smartphone under direct sunlight, then viewing angles were not so good. In fact, it is really hard to use the device in direct sunlight.

Now coming to the camera department, the smartphone features 13MP main camera and 2MP secondary depth camera along with an f2.0 aperture. While in front, you will get an 8MP camera for selfies. You will find modes like Portrait, HDR, Beautification, Bokeh effect, Google Lens integration.

The rear camera performs really quite well during day time. You will get good pictures along with a decent amount of colour reproduction. However, still, we suggest you click photos with HDR mode to get impressive pictures with a good amount of details.

Related:  How to Enable Single Click to Open Icons on Windows 10

On the other hand, we are quite impressed by the 8MP front camera, as it captured good selfies without any beautification. However, we must tell you that both cameras will disappoint you in low light conditions, as the pictures were not that sharp and crisp.

The Smartphone supports 720P and 1080P video recording format. However, video quality is just average in daylight. While the smartphone suffers more in low light.

The smartphone runs on Android 9 version pie. Apart from FM Radio, Moto Help, and Motorola Notifications, there are no extra apps or any bloatware. In fact, this smartphone is specially made for stock Android lovers only. The smartphone also allows you to select the device theme.

Besides, there are two features called Digital Wellbeing and Standby Intelligent Power saving, which allows you to keep track of your usage and save your battery of the phone. Also, the smartphone comes with a fingerprint sensor and face unlock feature for its security.

Overall, there were not many lags, during our usage. Both the fingerprint sensor and face unlock feature performs well and swiftly. We ran some tests on this device, such as PC Mark 2, Antutu, and Geekbench, and the results were decent. The device scored around 5063 points in the Works 2.0 Performance test.

It logged 453 points on the Slight Shot Extreme, which is quite low. Besides, the Moto E6S scored 155 in the single-core and 834 points multi-core test. Lastly, the device scored around 93113 points in the Antutu benchmark.

Let us talk about the performance, the Moto E6S features the MediaTek Helio P22 with an octa-core processor, along with 4GB RAM and 64GB internal storage that can be expandable up to 512GB via microSD card. However, you will find the same processor in Realme C2 and the LG W30.

Related:  Download The Latest Version Of Android On Your Phone - Android 10

Overall, this mid-range processor becomes very slow while loading an application. However, the device still performs far better than the Realme C2. Despite being a budget smartphone, the Moto E6S performs really well when it comes to gaming.

Yes, you heard it right. We actually tried to play the PUBG Mobile game on this device. However, that was not the very best version of it. But it is recommended you to play only PUBG Lite on this smartphone. It is backed by a 3,000 mAh removable battery, which can last for 24 hours on medium usage.

Now, this can be a deal-breaker as the Redmi 8A is offering Type-C charging and a 5,000 mAh battery at just Rs 6,499 only. The Moto E6S comes with a 10W charger unit in the box and manages to charge the battery in three hours.

Moto E6S: Should You Go For This Smartphone?

The recent smartphone market is already flooded with a lot of affordable devices. Almost all smartphone companies are launching phones under Rs. 10,000 price segment. But if you are still planning to buy a smartphone with a good display, premium looks, and removable battery.

Then you should go to Moto E6S. Besides, it comes with a stock Android experience. Overall, this smartphone is ok, but there is nothing called head-turner in the device.

We also believe that Moto is targeting students, budget-conscious, and stock Android lovers. However, the Realme C2 and the Xiaomi Redmi 8A are offering better specifications than this Smartphone under Rs. 10,000.