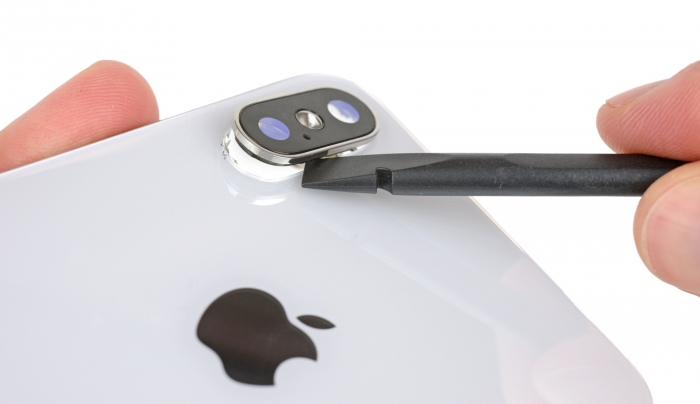 The iPhone X is coming to the hands of customers , and iFixit has got a drive to reveal what’s inside the device. They found a circuit board folded in half, two battery cells, and some more interesting details.

For the first time on an iPhone, we have here two battery cells instead of one. As iFixit explains , this “allows you to adopt more creative formats and positions”, taking better advantage of the internal space of the device. The battery has 2,716 mAh, slightly larger than the 8 Plus – something necessary due to the screen resolution, called Super Retina Display (2436 x 1125 pixels).

The motherboard of the iPhone X occupies 70% of the area compared to the same component of the iPhone 8 Plus, leaving more room for battery: The trick? Apple folded the motherboard in half, piling up the two layers: when they are side by side, they are actually 135% the size compared to the iPhone 8 Plus. This design solution was used on the first iPhone, 2007. IFixit also goes into detail about the Face ID , 3D facial recognition system. First, the built-in illuminator emits infrared light (IR) on your face. Then the front camera (marked in red) confirms the presence of a face.

Then the IR projector (right end) places a grid of dots on your face to create a three-dimensional map. Finally, the IR camera (left side) reads this map and sends the data to the device. The rear double camera sits in a sturdy holder to keep out of the way, and has the added protection of a foam sticker. However, the bulge of the camera is welded to the metal surface below the rear glass, which can make fixing repairs difficult.

The iPhone X won 6 out of 10 on the rep arability index. But if you plan to spend up to $ 7,799 on a smartphone, you better not risk opening it on your own.